Yesterday whilst on a Community Walk as part of the local Village’s Celebration Day I noticed a colony of Bee Eaters all sitting on a dead tree on the river bank at the other side of the village to the Quinta. The weather forecast promised a clear sunrise so I packed the camera, tripod, chair and pop-up hide last night and set my alarm for 6:15am.

The idea was to get to the river bank and erect my pop-up hide before the Bee Eaters awoke. I was awake before the alarm and after a quick Coffee I headed down to the river bank by just after 6:30am. It was already light, but the sun was still below the horizon, the only birds I could hear were the Nightingales. I set up the hide and waited patiently.

First up a small flock of Common Waxbills arrived with 2 of them sitting on the dead tree, unfortunately, I couldn’t quite get a clean background and this would take a fair bit of Photoshop work to remove. 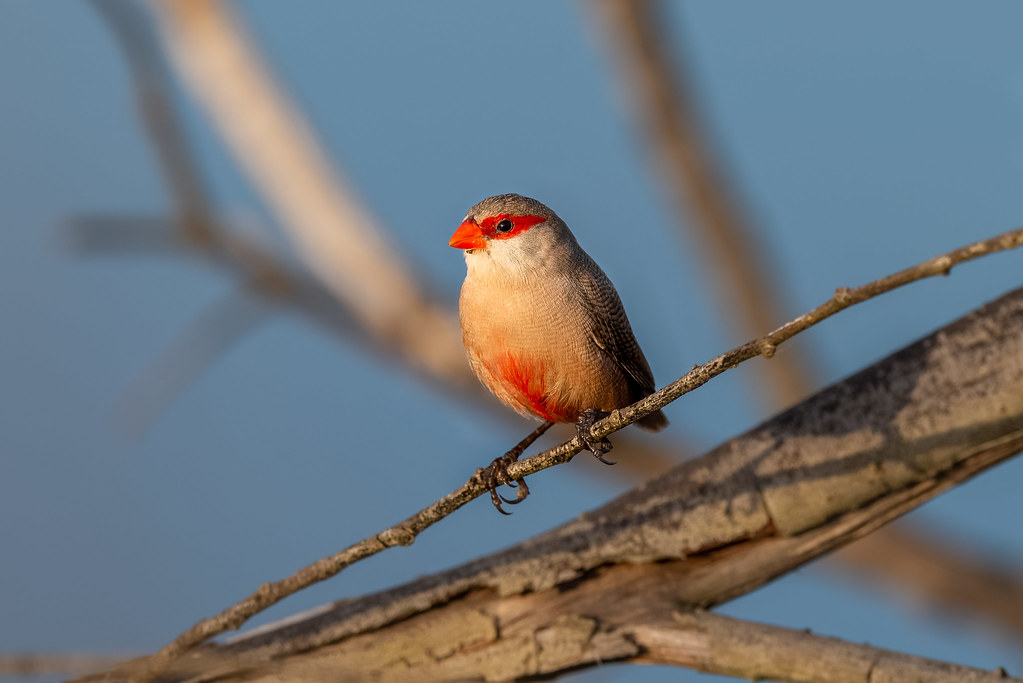 Then the noises started, the Bee Eaters were coming. This colony is quite large and they were everywhere……except the dead tree! At one point, there was a pair on top of the hide with repeated knocks which I assume was one hitting the sting off a bee.

Whilst I waited, a White Stork landed on the other side of the river and was looking for Frogs for breakfast. 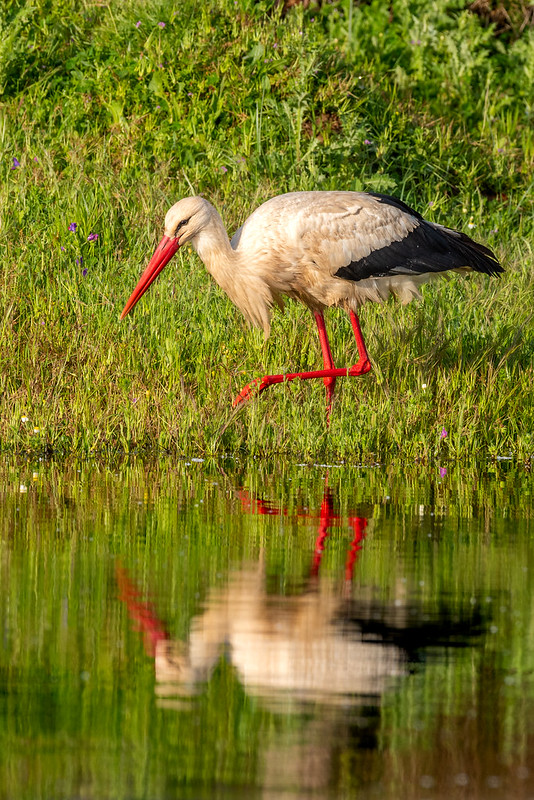 Finally, a male came to land right on top of the tree with what looks like a very large fly. The light was now perfect and I took a few shots. 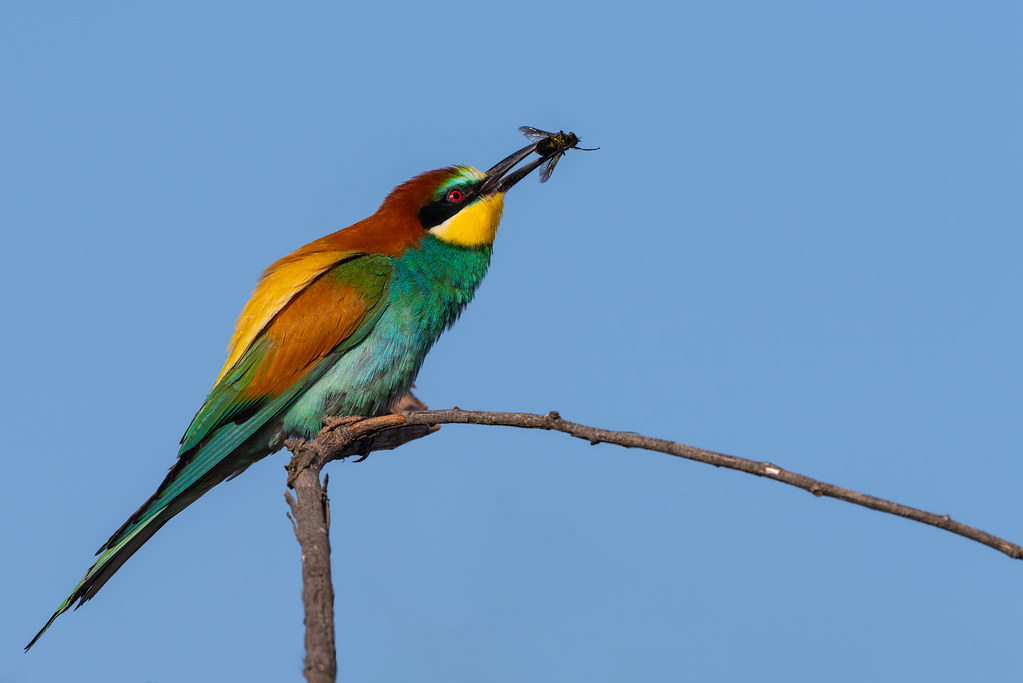 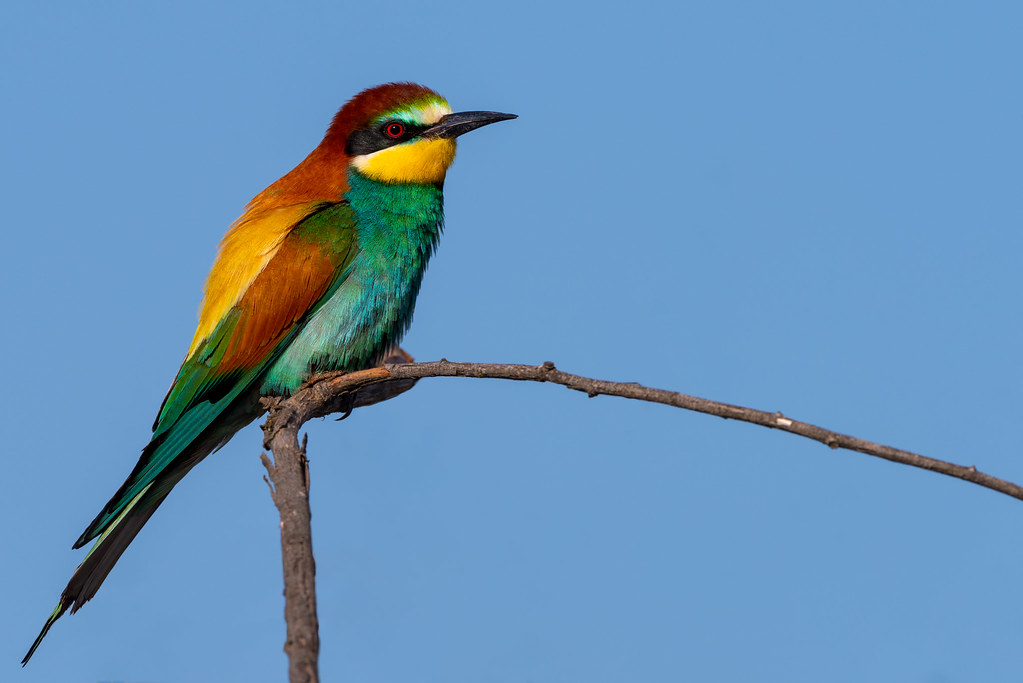 This location and colony seems to be much easier to photograph than the colony we see at the Quinta, also the location seems to have a large variety of bird life all sharing the same area, I will return.

To make a fantastic morning even more perfect, when I returned, Wally had his morning walk. Whilst down at the river I heard a high pitched bird call, turned around to see a flash of blue as 2, yes TWO Kingfishers flew past! I don´t know if one of them is Princessa and I’ll never know, but hopefully it is a breeding pair. I will be building a new perch for them soon!