I was back at the same location as last week to try to capture a few more Bee Eater photos. The intention was to get a Male giving a catch to a Female. Whilst I saw this happen on many occasions, unfortunately, there were some branches between the camera and them, so no photos of this. However, I did manage to get a few shots.

This first one of a Female tossing a Bee in the air to catch and swallow. They do this after they have knocked the stinger against something to dislodge it. 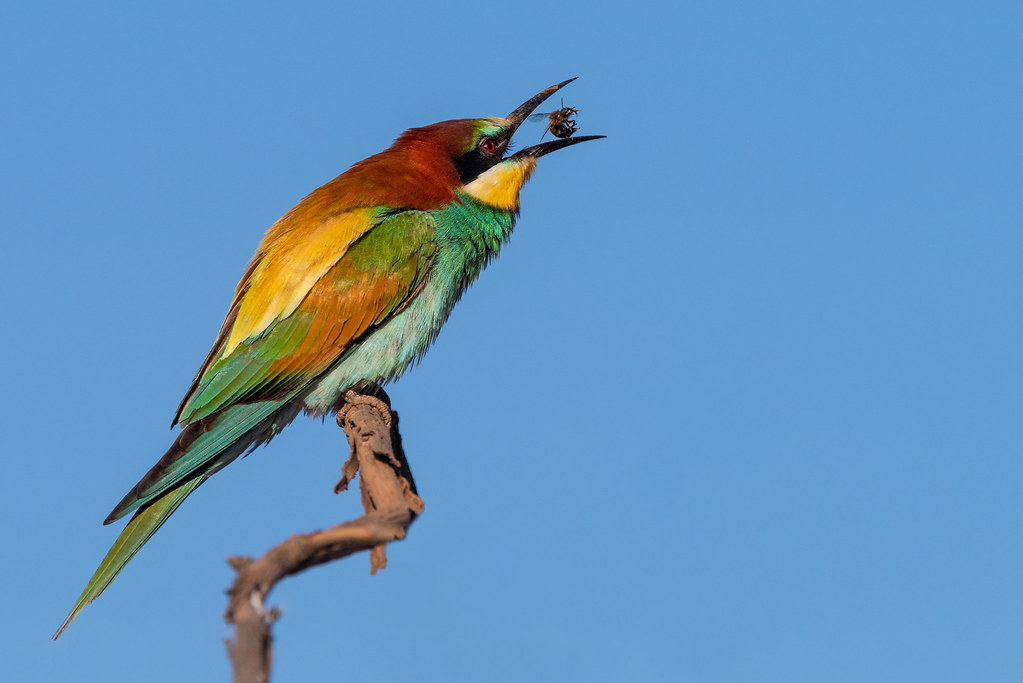 Next I put a 1.4x Teleconverter on to capture a close up. 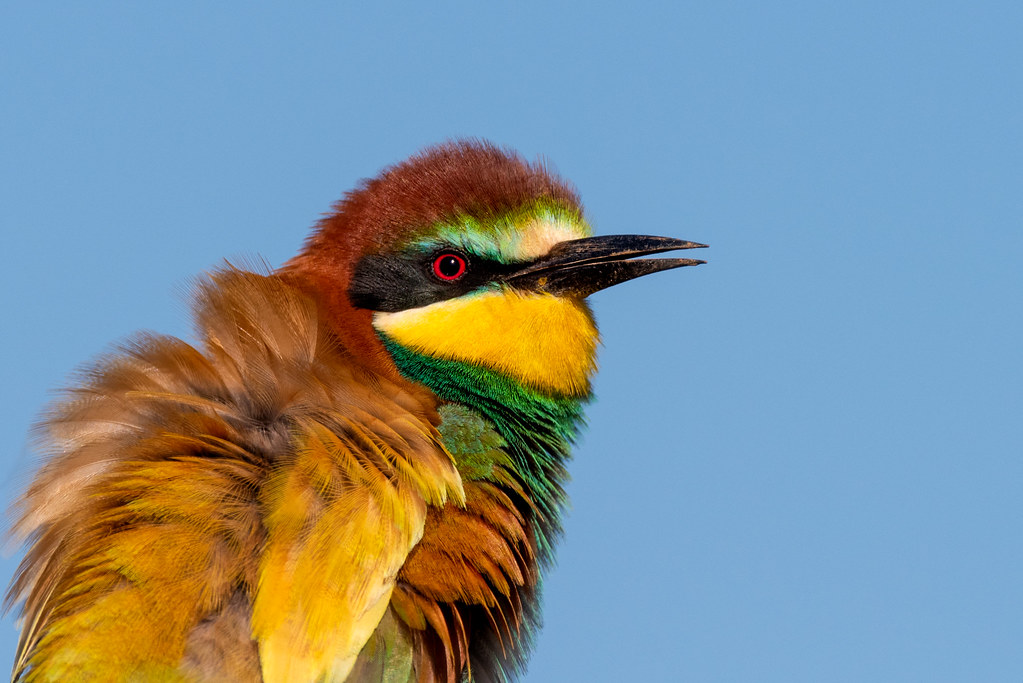 Finally, a shot of a mating pair perched together. The female is on the left with less brown on the wing. As you can see on this photo, their beaks have earth on them, they have started to dig their tunnel nests in a nearby bank. Due to this fact, I will be leaving this colony alone for a few weeks and will return when feeding the young has began. 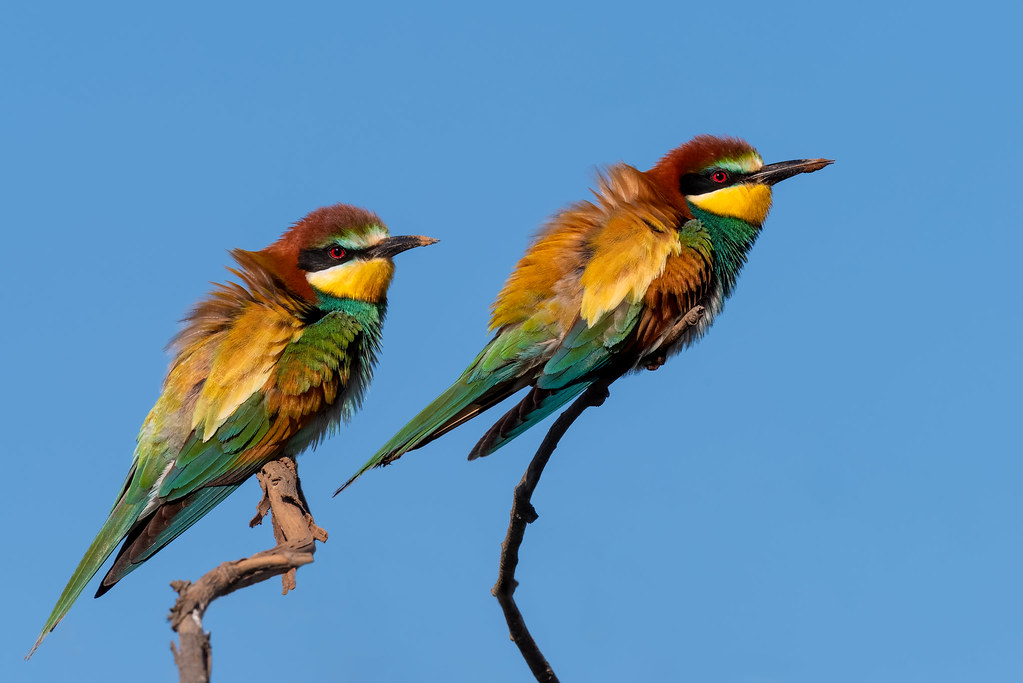 In amongst the hunting Bee Eaters, a European Stonechat turned up. 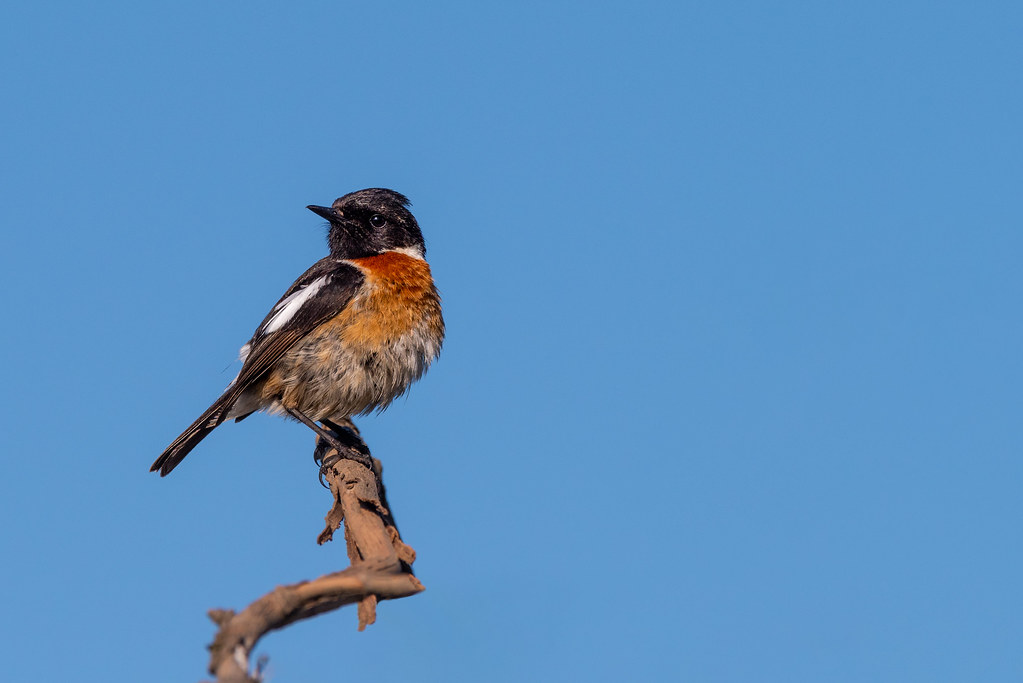