After a long morning with some very uncooperative Black Winged Kites (many thanks to Hugh Morrison for the help with the location today!) I decided to go and have a look at the Black-Headed Weavers in Vilamoura as I wasn’t far away. As for the Black Winged Kites, I will be returning on a day where they may feel like having their photo taken. Please do not ask me the location of this site as it is a breeding site with an active nest and therefore I don’t want to advertise it to the world.

So, back to the Weavers. It was 3pm and the sun was high and strong so wasn’t really expecting any great shots. The male luckily posed in a shaded area, it’s a high ISO shot but much better than one in the bright overhead sunlight. 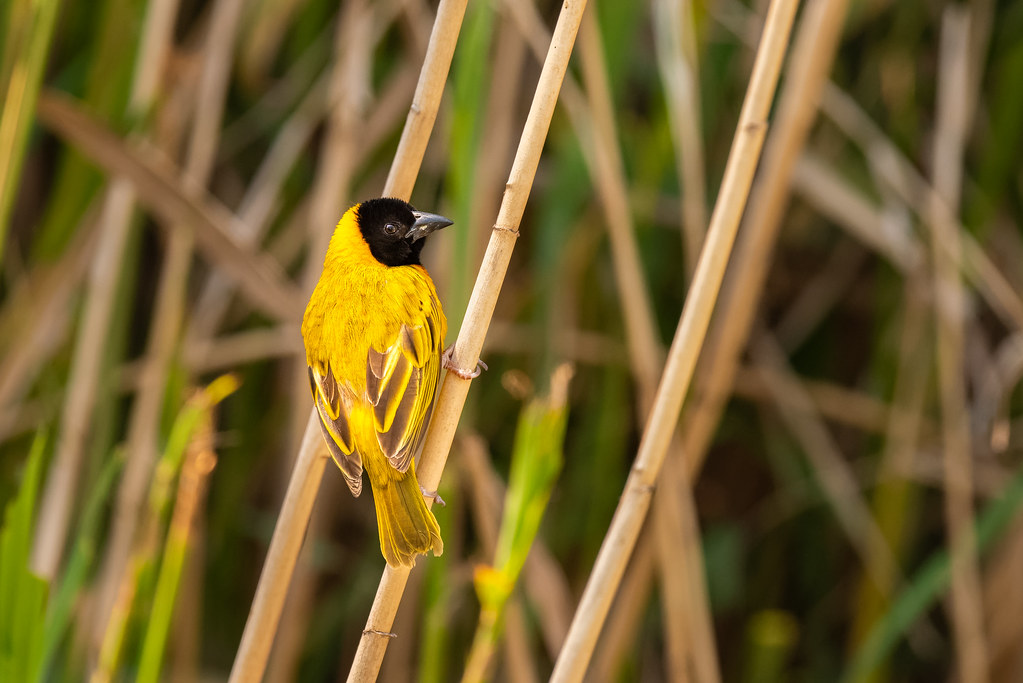 The Black-Headed Weaver is an introduced species into Portugal, normally seen in the central belt of Africa. At around 14cm, they are a little larger than a Sparrow, the Male is a lot plumper and heavier than the female. Only during the breeding season does the male display this colourful plumage, the rest of the year they are very similar to the female. 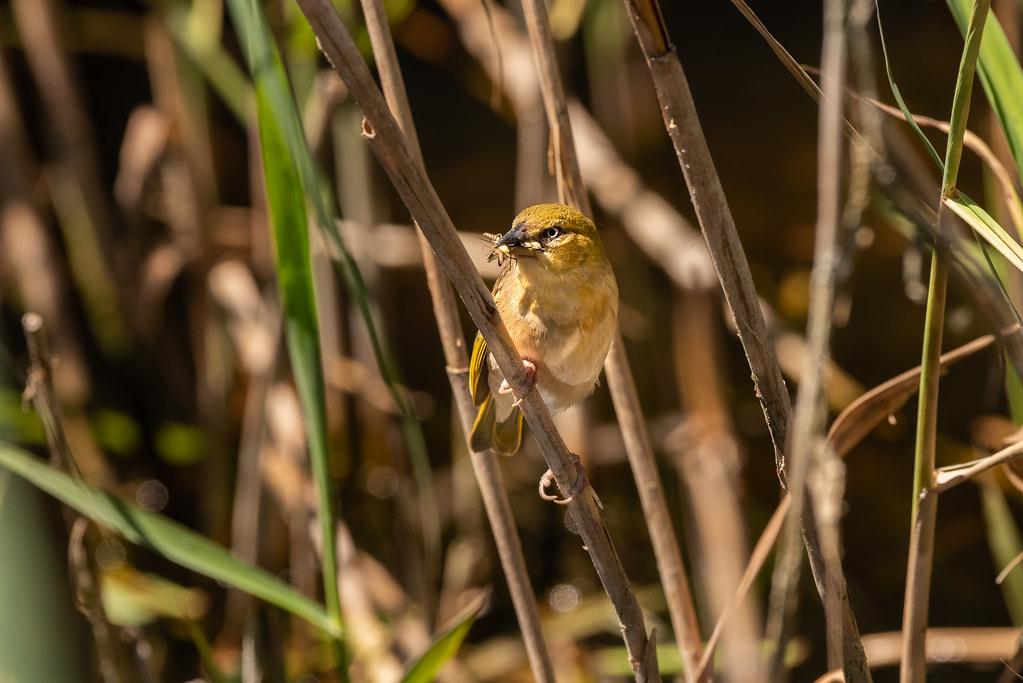 In Portuguese it is known as Tecelão-de-cabeça-preta and the scientific name is Ploceus melanocephalus. I will be returning to take photos during the morning golden hour.