Last night we finally had the rain that was promised and then some more to make sure.

It rained in almost Ark-building proportions. A persistent, heavy downpour for many hours. Although not enough to get the river flowing, it has had a very welcome change to the riverbed.

As you can see, Princessas´s (our resident Kingfisher) territory has been filled. The two water pools that she has been fishing in has turned into one very large pool. You can see the perch in the centre of the photo, the brown-coloured water shows the outline of the existing pool that was drying up. This is just dust that has washed in and will settle very quickly.

She now also has another new pool that wasn’t there yesterday. 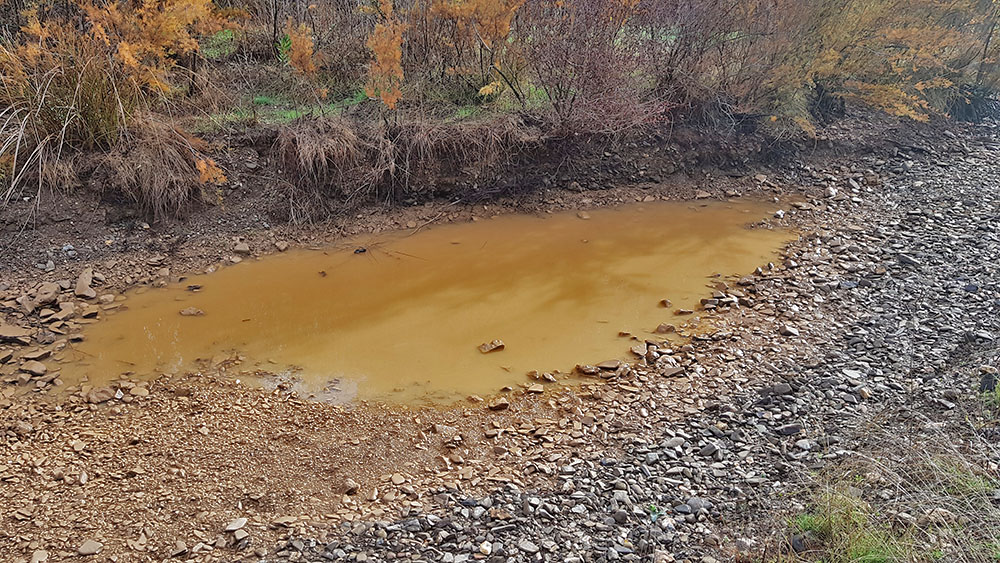 I was getting a little worried that Princessa would have to leave her territory in search of more food, however, I did see her this morning checking out her new water. Of course, this probably won’t bring more fish for her, but it may bring some of the Crayfish out from the Riverbed. I have read and seen photos of Kingfisher catching Crayfish.

My temporary hide survived the storm, but will need a little renovation work. I was hoping that the hide would be dismantled by now, but with no further rain forecast in the near future, it will probably be a while until the river starts running.