Every year in December we are treated to the Geminid Meteor Shower which is debris left over by the Asteroid 3200 Phaethon. The peak here in the GMT Timezone (Portugal, UK & Ireland) is over the next 2 nights (December 13th and 14th) although will be visible for a few nights later.  The best viewing starts after midnight and will last until dawn, but can be seen as soon as it goes dark. For a more detailed look at the times in your own timezone, take a look at Time and Date’s Web Page. Of course, any cloudy skies may hamper the viewing.

The Geminids take their name from the constellation Gemini where they originate, however, can be seen anywhere in the sky. Obviously the darker the sky the more chance of spotting them. They are very slow-moving and can shine multiple colours. It has been known to witness up to 160 an hour! After sunset if watch between North and East you can’t go wrong. 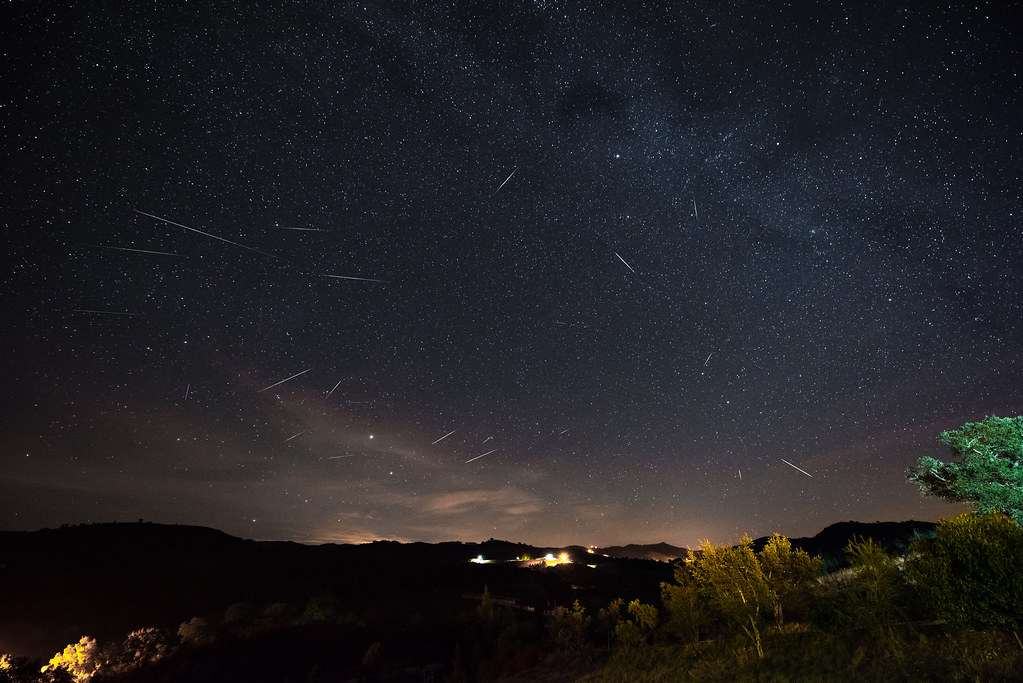 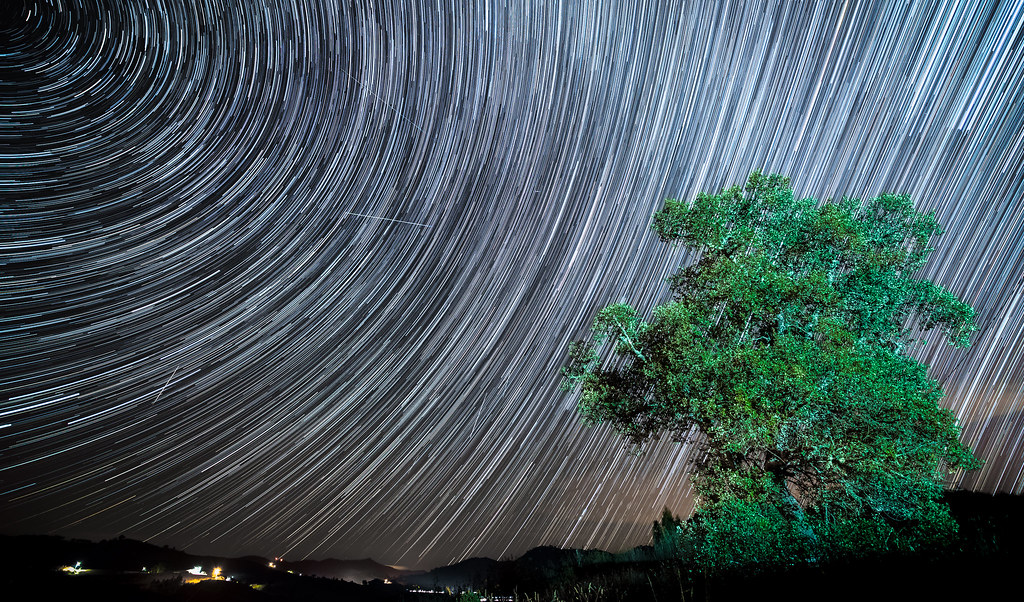 Photography Tips for the Geminids

The first photo above is a combination of 23 shots, 1 of the scene and then 22 different shots containing all the shooting stars.

If you want to create the star trails like the 2nd photo photo then you can do so with either taking a very long exposure using your “bulb” function or take multiple shots and combine them, which is what I did. The centre of the circle, in this case the top right of the image is always the North Star.

If you have an intervalometer setting on your camera, you can set it up and leave it do it’s thing.