For those that Follow Me On Facebook will know that I have continued my Kingfisher Project due to the location of the autumn morning sun lighting a river pool. Whilst walking the dogs, we watched an adult female perched in amazing light on a tree branch, so can’t waste an opportunity like this. I positioned a perch and setup my popup hide yesterday and was at the river this morning. It didn’t quite go as planned as the Kingfisher didn’t use the perch. It seems as now the water level is so low, she prefers to perch higher up to be able to watch a larger area of water. I have now installed a high perch and will return tomorrow morning.

However, all was not lost, I was able to sit and watch this adult female diving and catching fish many times and on one occasion she came up with a Crayfish. I snapped these images. Notice the wet marks on the branch, this is where she was hitting the Crayfish to kill it before eating. I suspect this is “Princessa” that I photographed when she was a juvenile but as I can’t confirm this I am calling this girl Tufty due to her feathers on the back of her head sticking up. Not sure these are permanently like this or just because she was wet. 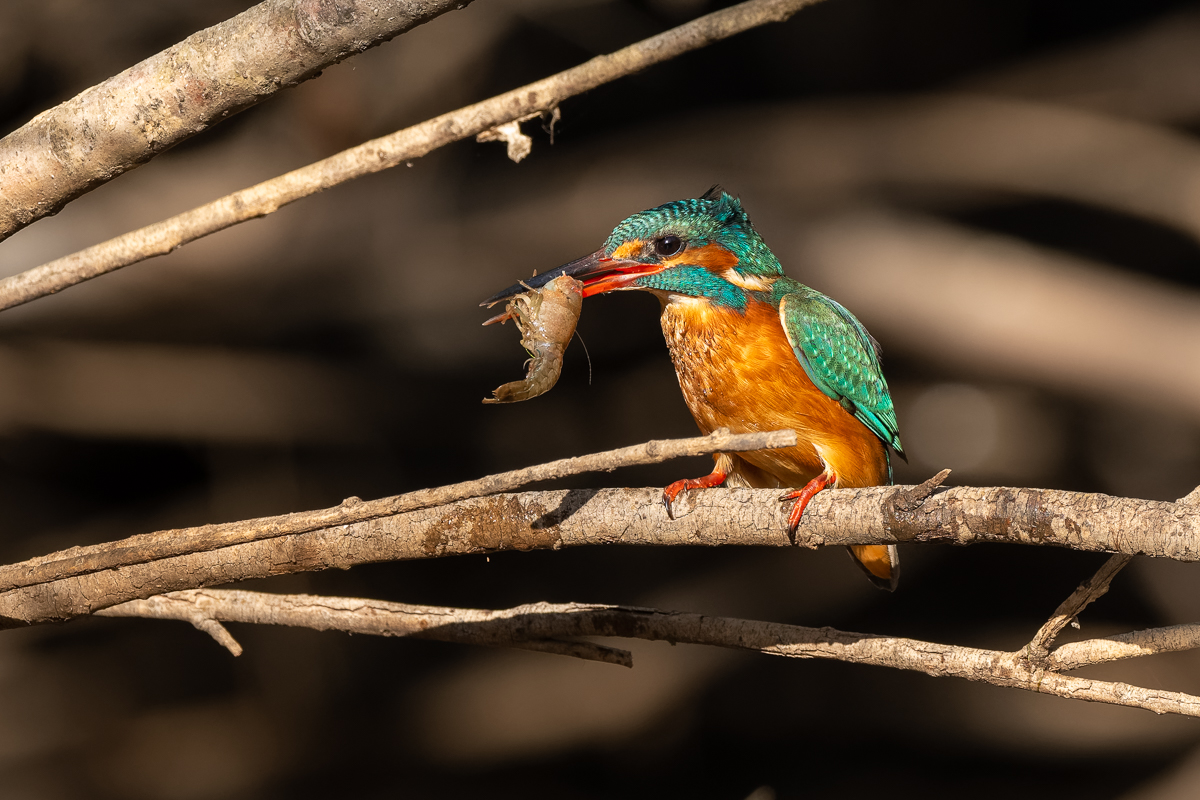 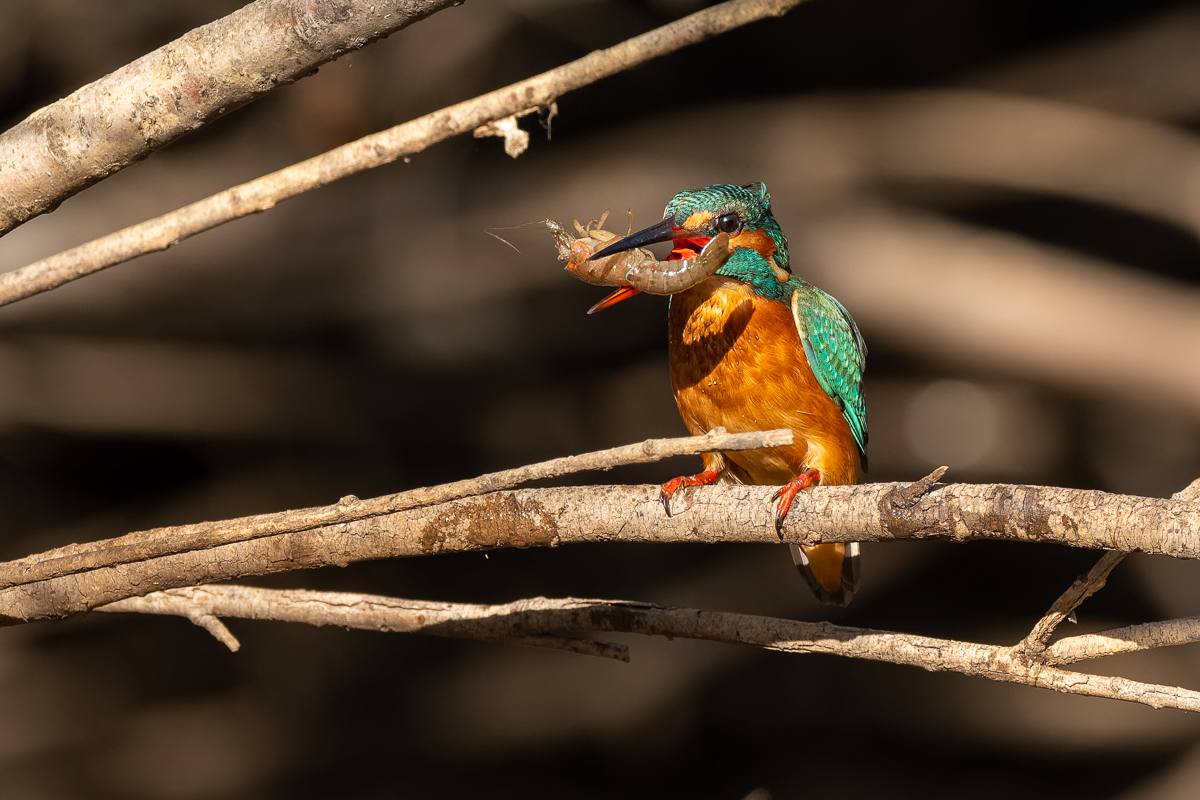 There was another Kingfisher present, but I couldn’t identify it as Tufty would chase it off as soon as it appeared. This will either be one of the juveniles being chased away or simply a territorial battle due to the water and food source reducing.

The time of year is bringing some new sights due to migration too. Here are some birds that I spotted this morning.

First a Spotted Flycatcher, this will be passing through the area on it’s way to Africa. 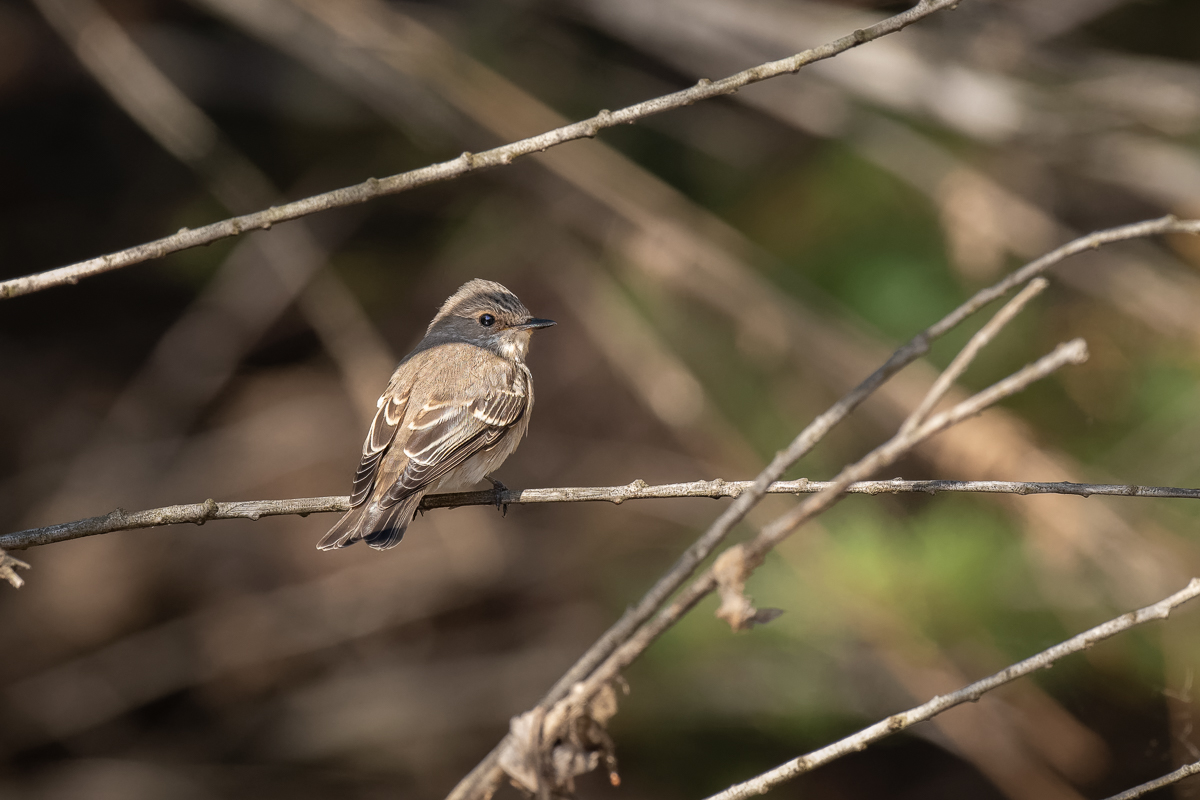 A Green Sandpiper made a short stop at the water, another bird probably passing through, although I have seen them in the area throughout the winter. 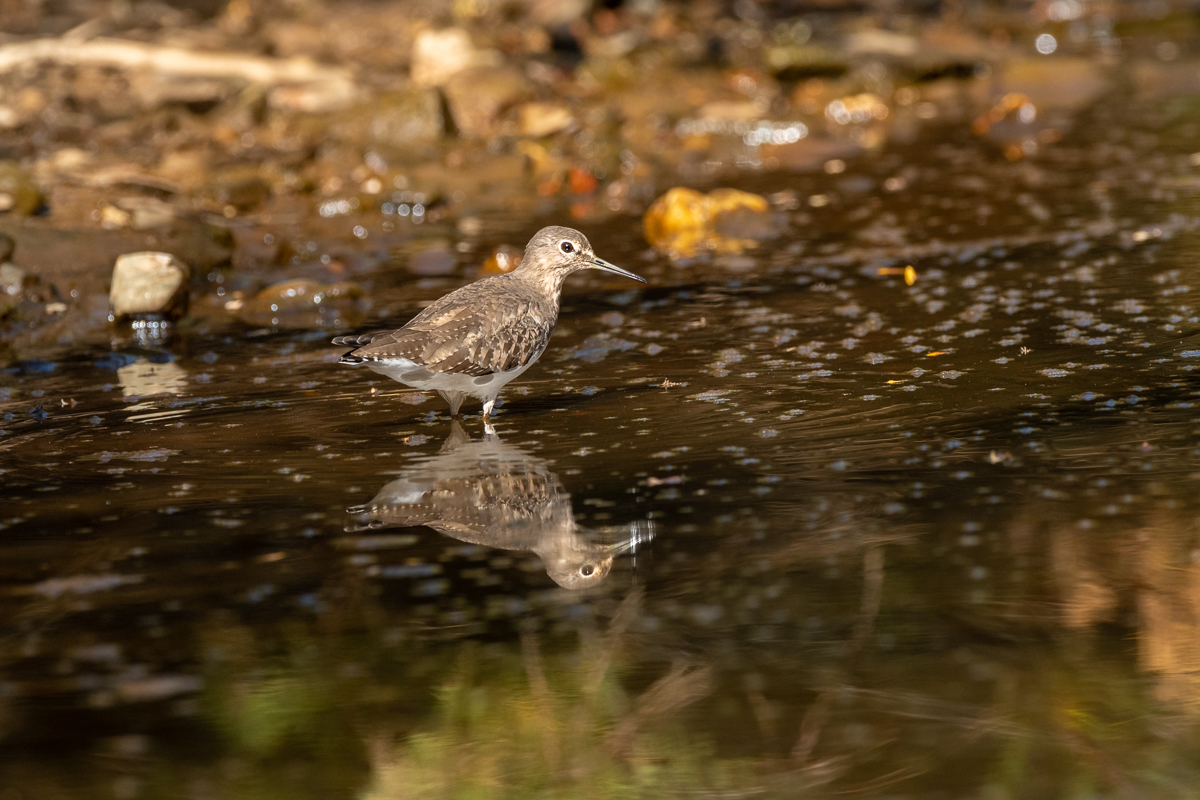 A real sign that the weather is changing is spotting a European Robin, although resident birds, the numbers increase in the Algarve region in the winter as many move from northern parts of Portugal. This is the first Robin I have seen since Spring. 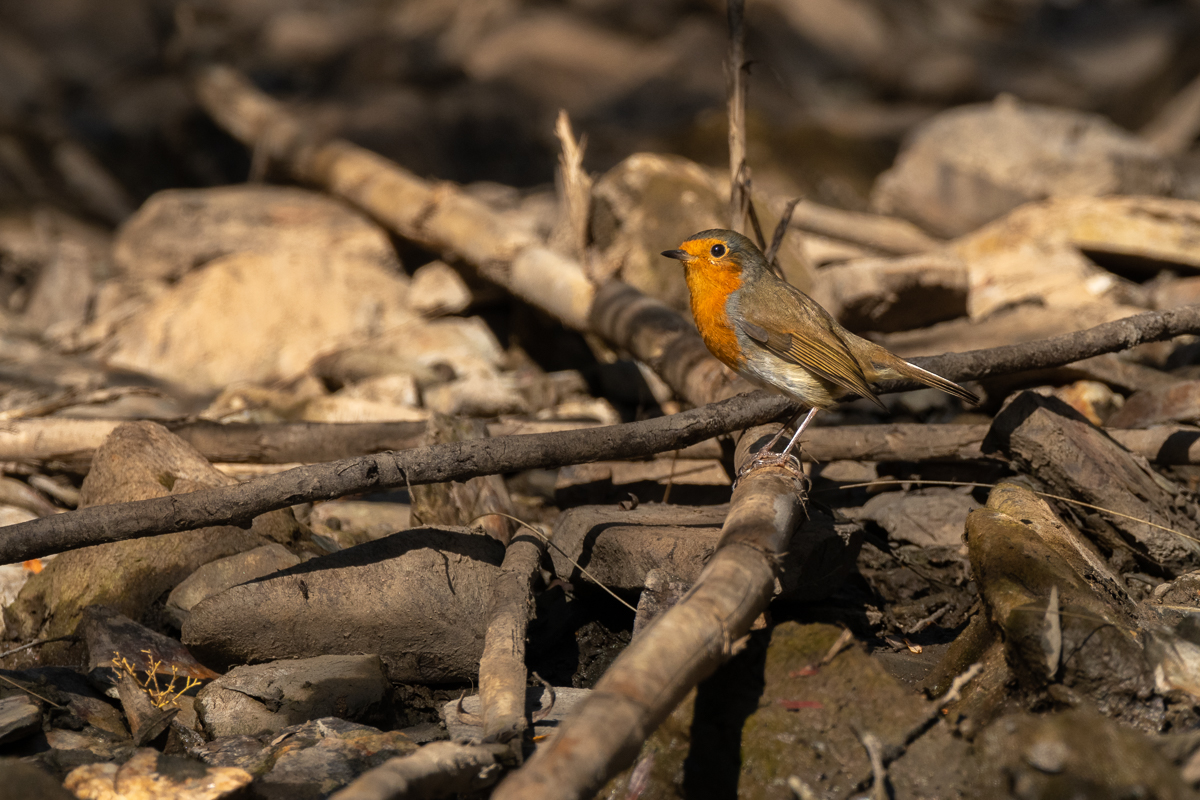 Lastly, not a migrating bird as they are resident, however, I rarely spot a European Greenfinch in this area, so great to see one taking a drink this morning. 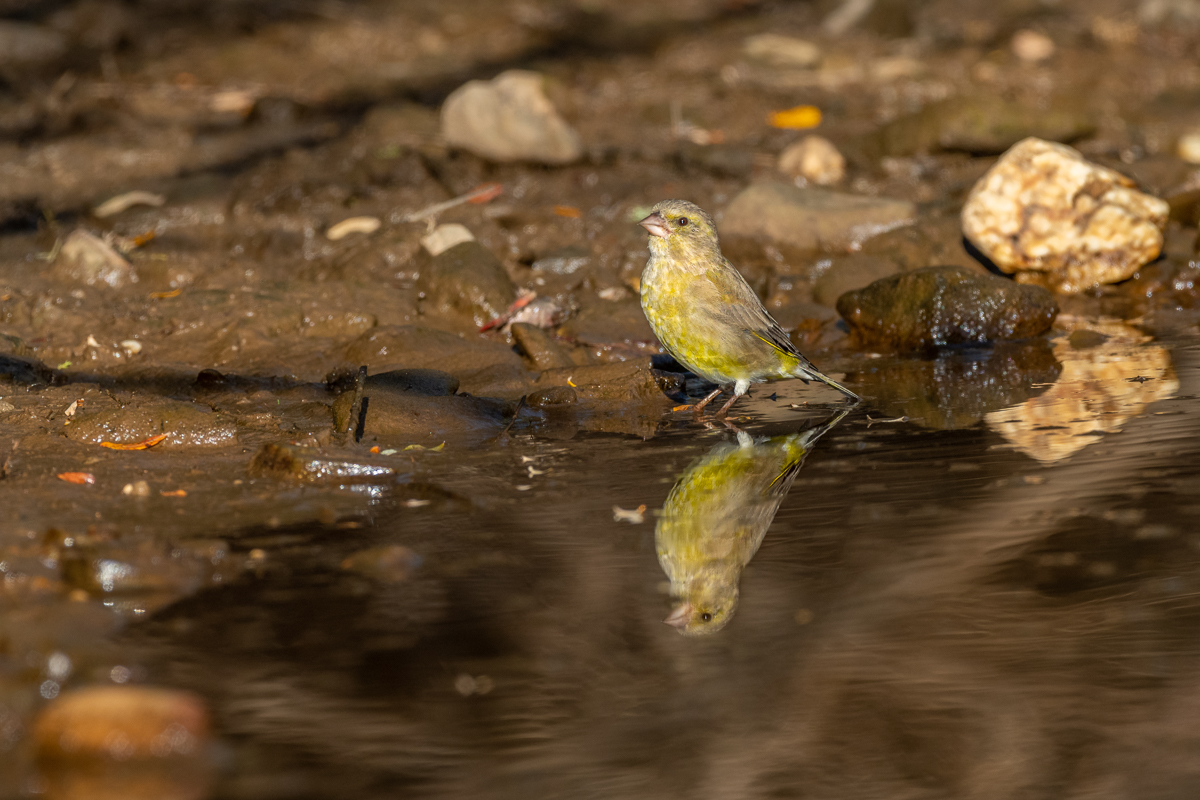