Although we had full visibility tonight, I was concerned that because the Eclipse started before Moon rise which was during dusk, the sky might be too bright for photography. However, I got to the top of nearby ridge and waited…..and waited…..and waited. It was a long time after Moon rise that it had risen in the sky enough to be visible here in the hills. Luckily, the sky had darkened a little too, however, not enough for a single shot. So the shot below is a merge of 2 photos taken with different exposures to ensure the moon is bright enough contrasted against the silhouetted ridge. 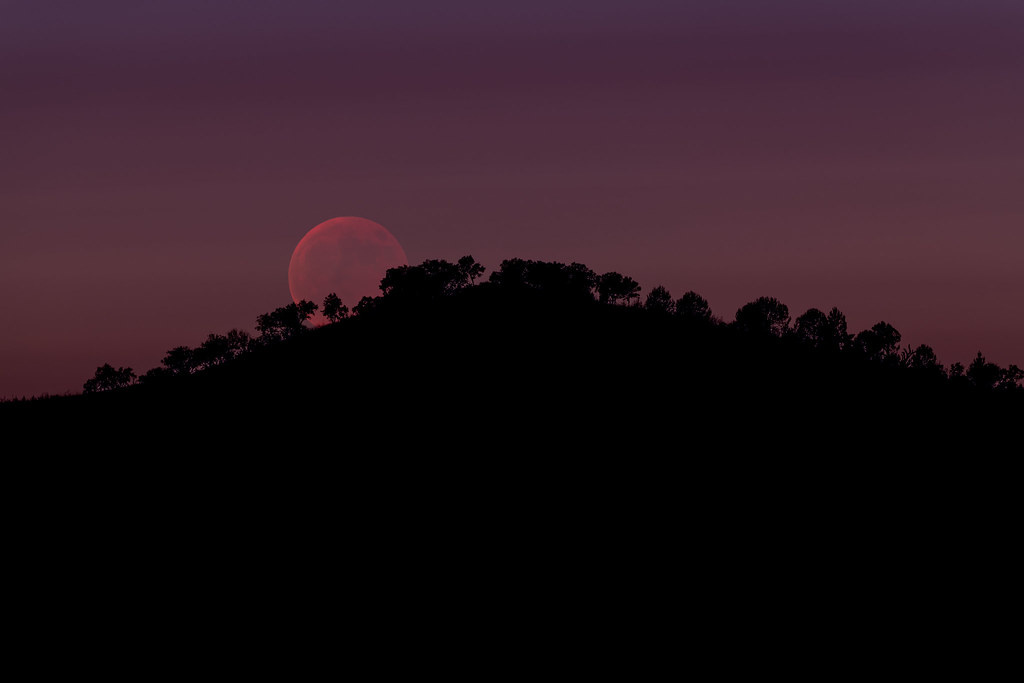 Back at the house a little later, just before the Moon was coming out of its eclipse I took this shot in a now dark sky, it’s not great as it was still difficult to expose a fairly dark moon. 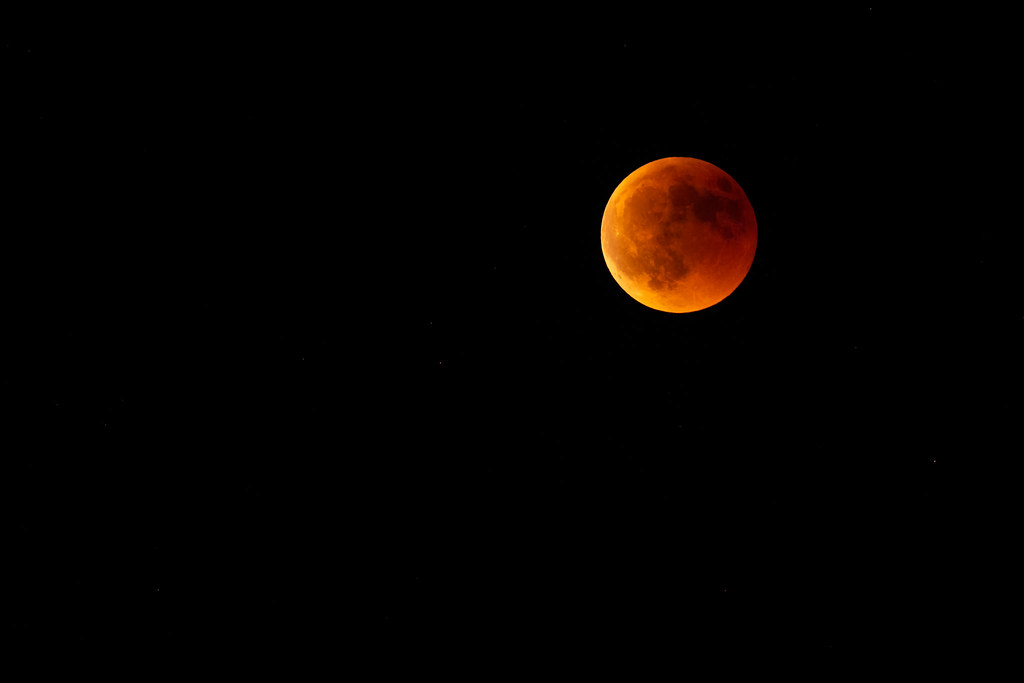