Originally, I didn’t plan on getting up to photograph the Eclipse as I was hosting a Photography Workshop this morning, but I just couldn’t resist.

The full eclipse was scheduled for 5:12am, so I put my camera and tripod ready to grab in the kitchen and set my alarm for 5:00am.

Dazed and wondering what was going on, I stumbled out of bed and took a look outside to see a completely clear star-filled sky with a bright orange moon.

Even though it was classed as a total Eclipse, here in Western Europe, we were right on the edge and therefore, the moon retained a slight portion with a white glow. I decided that as this was going to be a quick shot and back to bed for a few hours I hoped to shoot the moon without any other framing or elements, but bring out detail in some of the stars.

Normally, to get a shot exposed for both moon and stars is near impossible even with a dark eclipsed moon and I had bracketed (taking multiple shots with + and – exposure settings) with the idea to merge two shots together. However, on this occasion I was pleasantly surprised to have captured this shot as one single exposure. 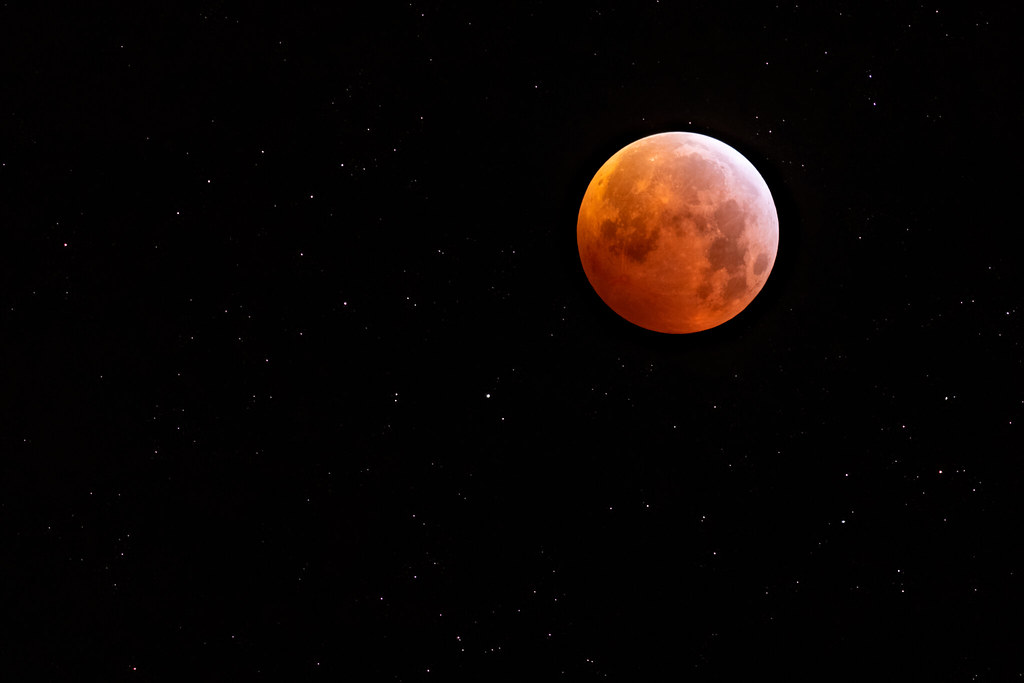