A few weeks ago whilst I was patiently waiting for Quinta do Lago’s Famous Bird, the Green Heron, I pointed the camera at 2 other birds commonly found at Quinta do Lago.

The Purple Swamphen is quite a common sight at Quinta do Lago, but is often found amongst reeds a never usually a good view to photograph. 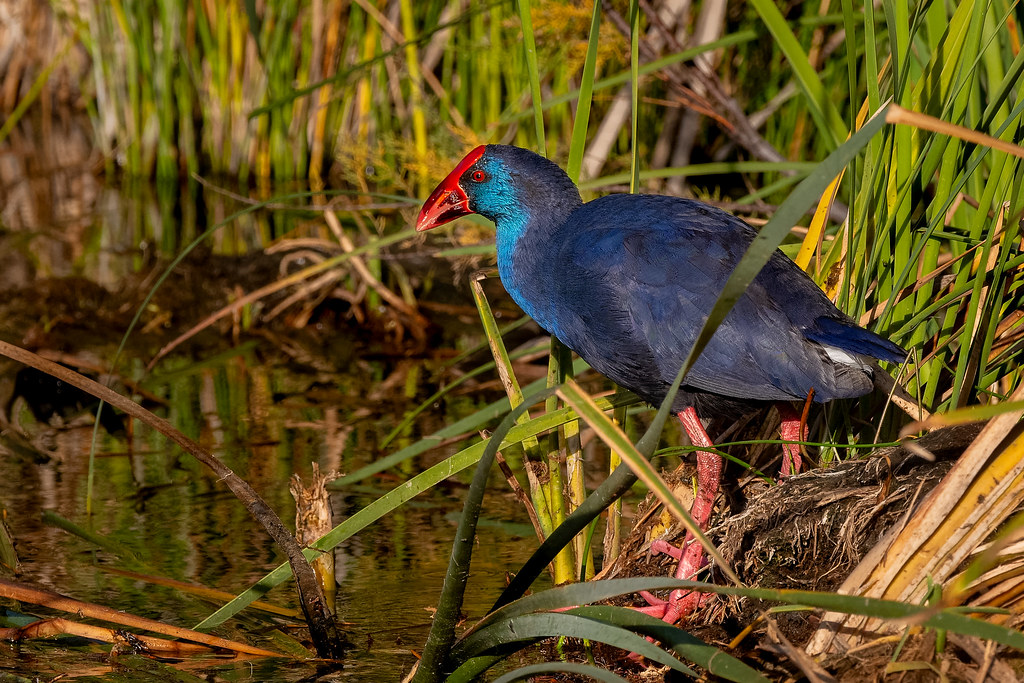 The Purple Swamphen has been split into separate species with the one found in South Western Europe aptly named the Western Swamphen (scientific name of Porphyrio porphyrio). It belongs to the Rail family and is found around lake borders, swamps and wetlands. It is about the size of a chicken and has huge feet which helps clamber across its terrain.

Next up the Glossy Ibis 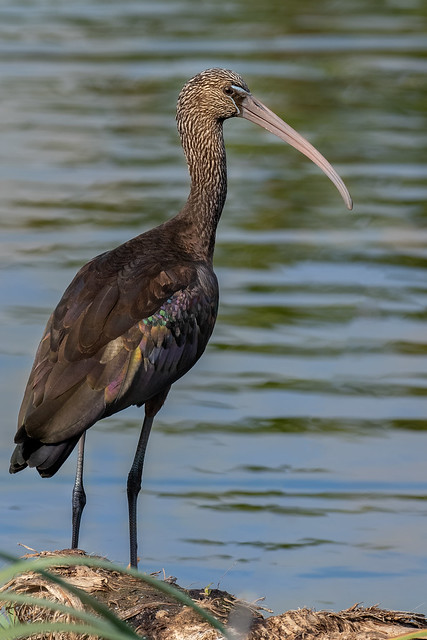 This is a juvenile, identified by the black and white streaks on its head and neck. They are a wader bird and again, commonly seen at Quinta do Lago feeding on insects and pondlife.