Last week, I saw a Mimic Hornet Hoverfly, but this morning it was the real deal! I could hear a loud, deep buzzing noise and assumed it was a Carpenter Bee, however, I glanced up and saw some European Hornets feasting on Sap leaking out of a Cork Oak.

These are big, in fact are the biggest “true” Wasp found in Europe, in other words, the largest member of the Vespa genus. They grown to around 3.5cm long and although get a bad name for being aggressive, in fact they are not. However, approach their nest or food source and they will defend en masse and unlike Bees can sting repeatedly. 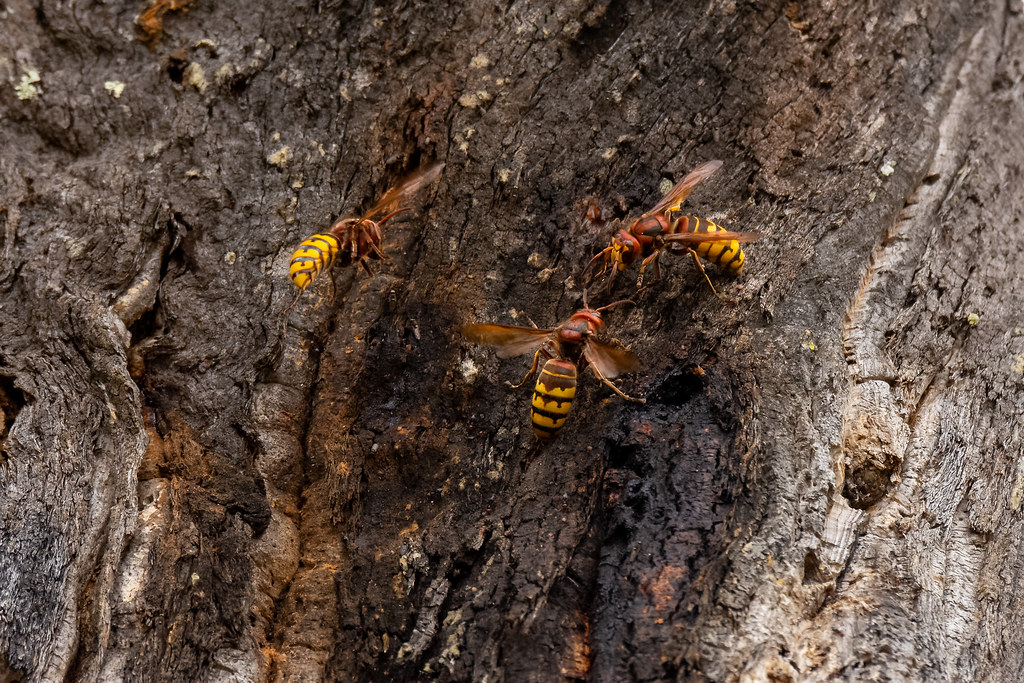 Further along our walk this morning, I spotted a trail of ants going up (and down) another Cork Oak, these ants were fairly large at around 1cm in length. There are over 120 species of Ant in Portugal, but I think I have ID’d these as Camponotus cruentatus which is a species of Carpenter Ant. I grabbed a few photos; 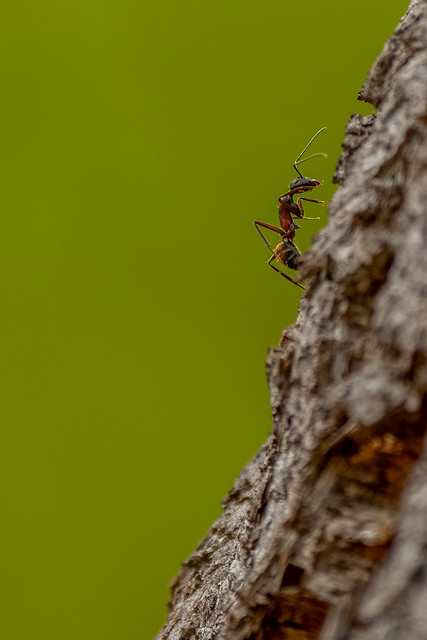 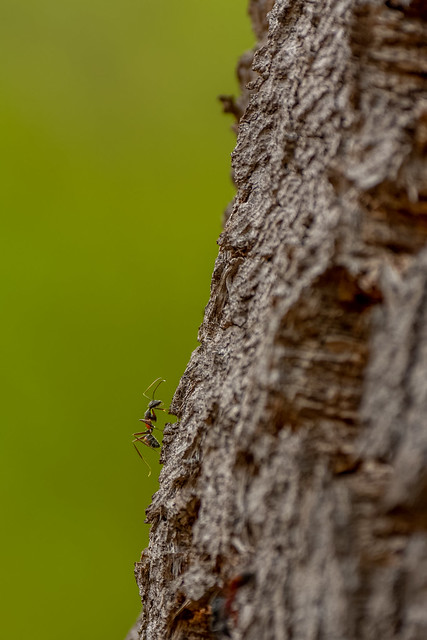 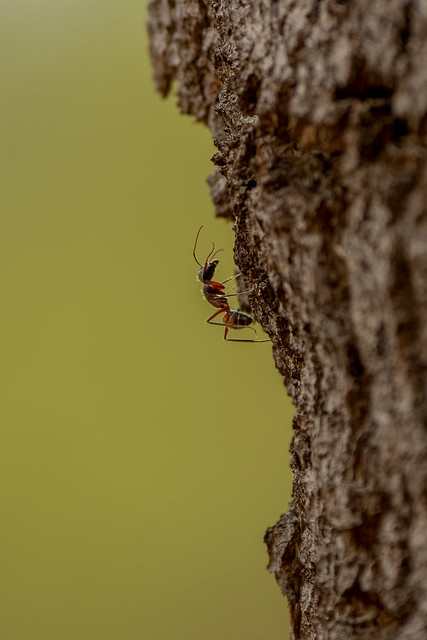