The area was covered in thick mist this morning but I still decided to take the camera along and I took a stop at an old Well to check if the Barn Swallows had started to use the nest.

IMPORTANT! – It’s never a good idea to approach a nesting bird but in this instance I used the camera’s Live-View with the screen tilted so that I didn’t actually look over the edge of the well!

I pointed the camera like a periscope over the edge of the well and captured this shot of a Swallow already sitting on the nest. It’s both genius and dangerous for them to build this nest here. Of course, no predator can get to the nest, but if the nest falls off it will drop into the water or if a baby falls, it’s going to drown. Of course, when the young fledge, it will be a difficult flight too. This is the 2nd year, they have nested here, so maybe they know what they are doing. 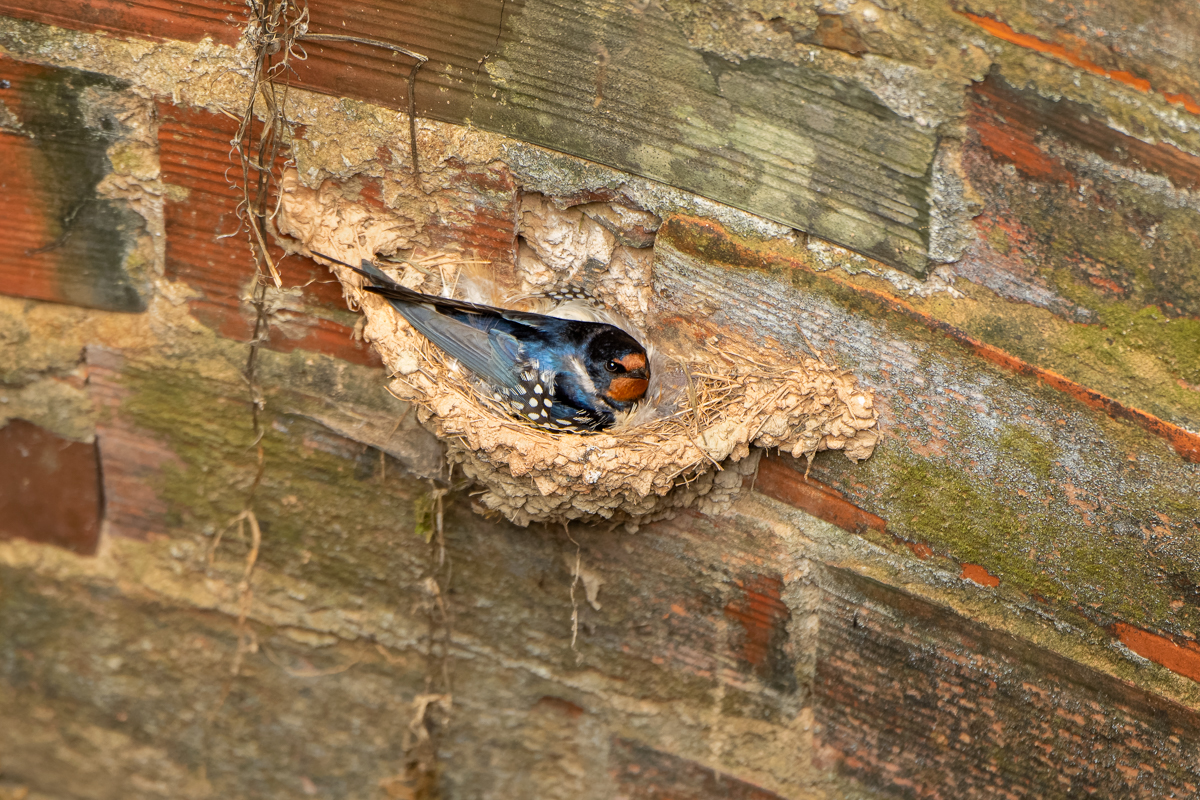 The European Bee-Eaters are everywhere, I still can’t work out if it’s a huge colony or two separate ones. This morning, I lost count after 30 birds! It was terrible conditions for photography, particularly in-flight shots, but some flew straight over-head.

This shot would be so different if the conditions were good! 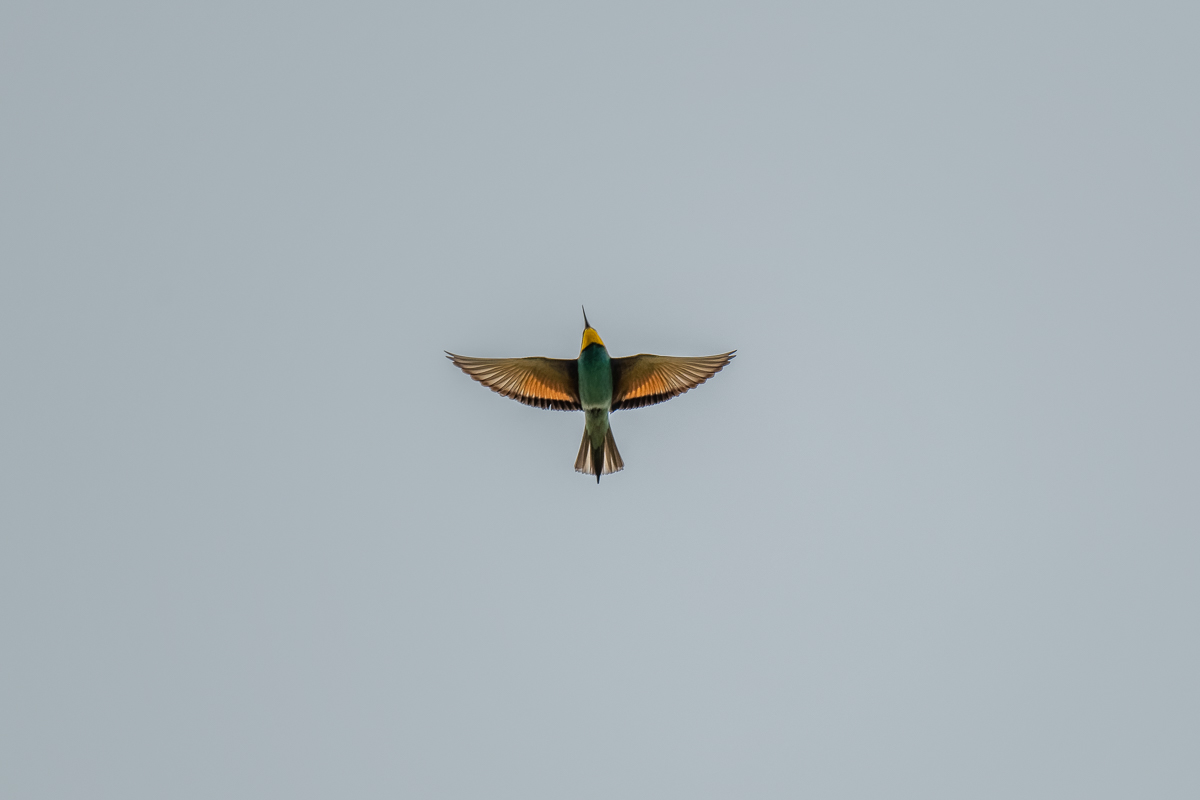 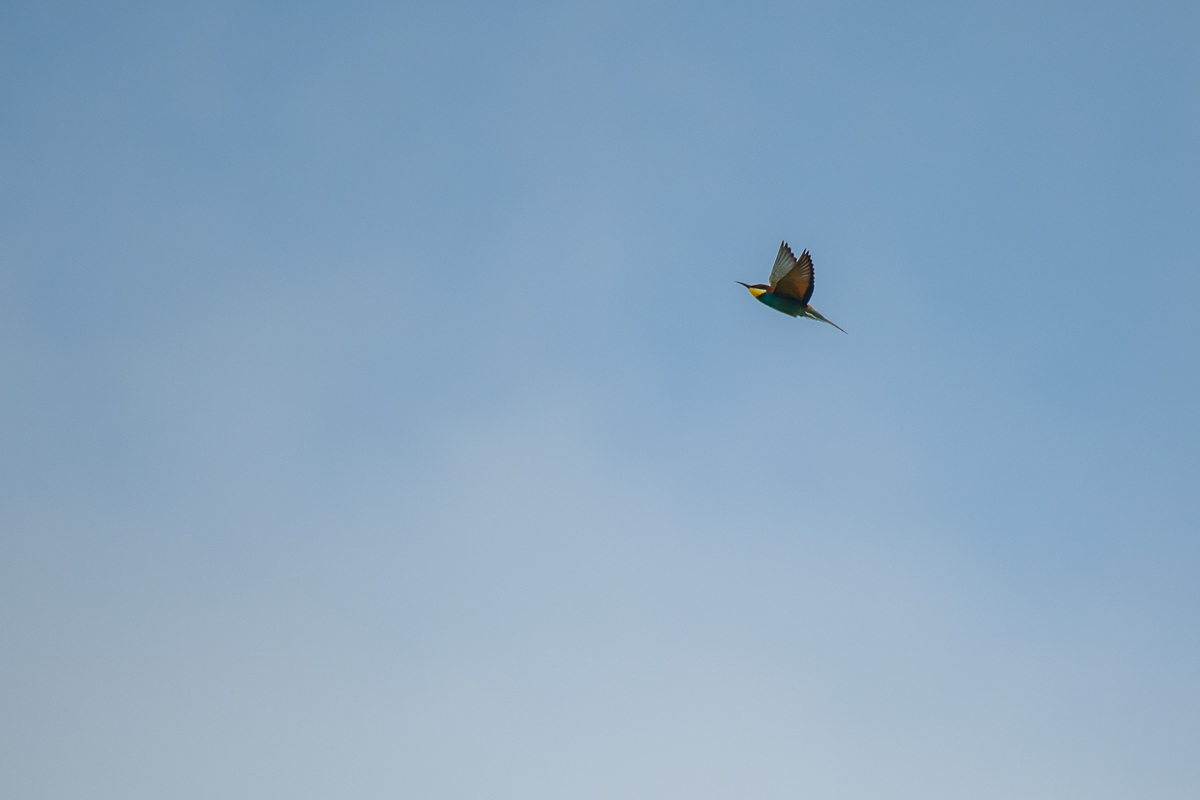 Finally, I stopped by my local Tarantula Wolf Spider nest and it is now occupied by Ants. I thought the worst a few weeks back when I hadn’t seen here for a while and the entrance looked like it was getting over-grown.

Who knows what has happened, maybe after her recent offspring it was the end of her life, the females live for around 4 years. Maybe she’s been eaten by something or even maybe but unlikely shes moved home.

I will miss her! 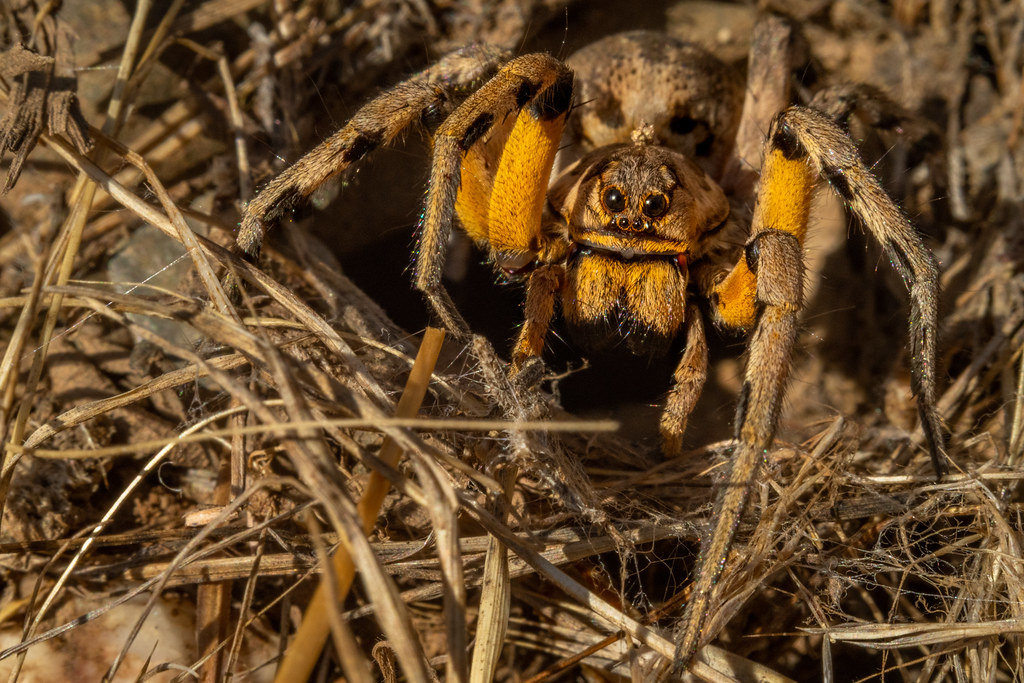