I posted a blog yesterday regarding This Years Perseid Meteor Shower and last night, it didn’t disappoint. There were some very bright slow-moving meteors shooting across the sky.

This photo is made up from 15 separate 15 second exposures taken from the front terrace of our Quinta up here in the hills. Just 15 photos, just goes to show how many meteors where in the sky. Some of the dimmer ones probably wouldn’t have been visible by the human eye. 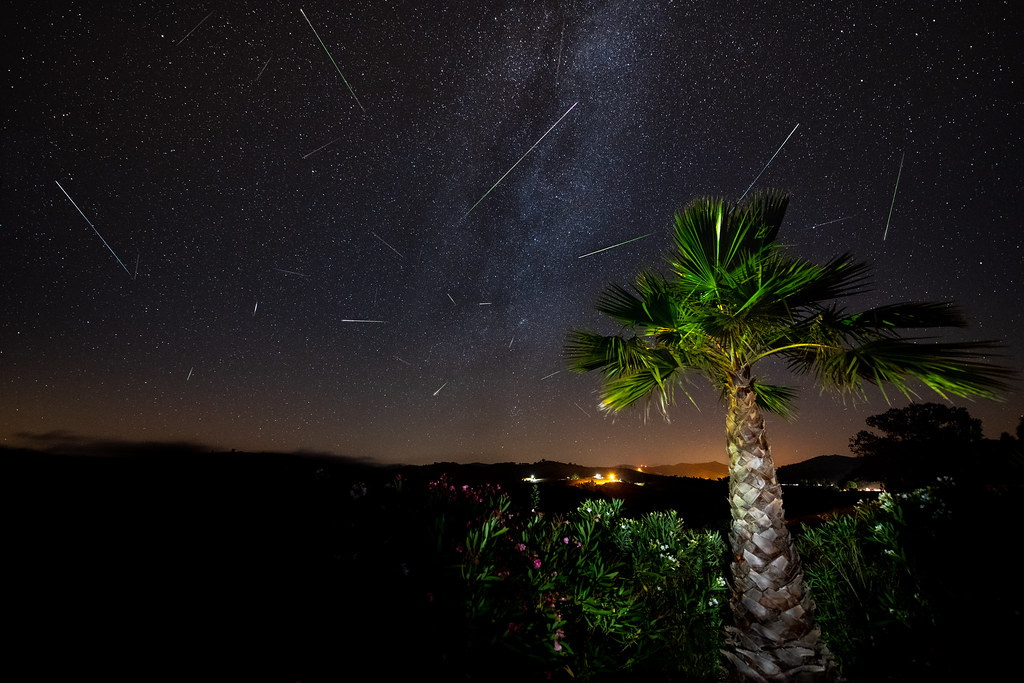 Whilst going through the photos and removing any planes, satellites and space junk flying through the frame, I couldn’t help but notice two objects moving together in the sky. At first, I thought it was 2 planes high up, however, they come out of eclipse. Therefore, it’s two space objects travelling together. I’m used to watching the ISS, Satellites and Space Junk up in the night sky, but have never seen two objects together apart from a delivery rocket approaching the ISS. It wasn’t the ISS as it’s travelling in the wrong direction. Maybe two satellites in the same orbit? Perhaps one is getting replaced? Anyone knows, let me know! 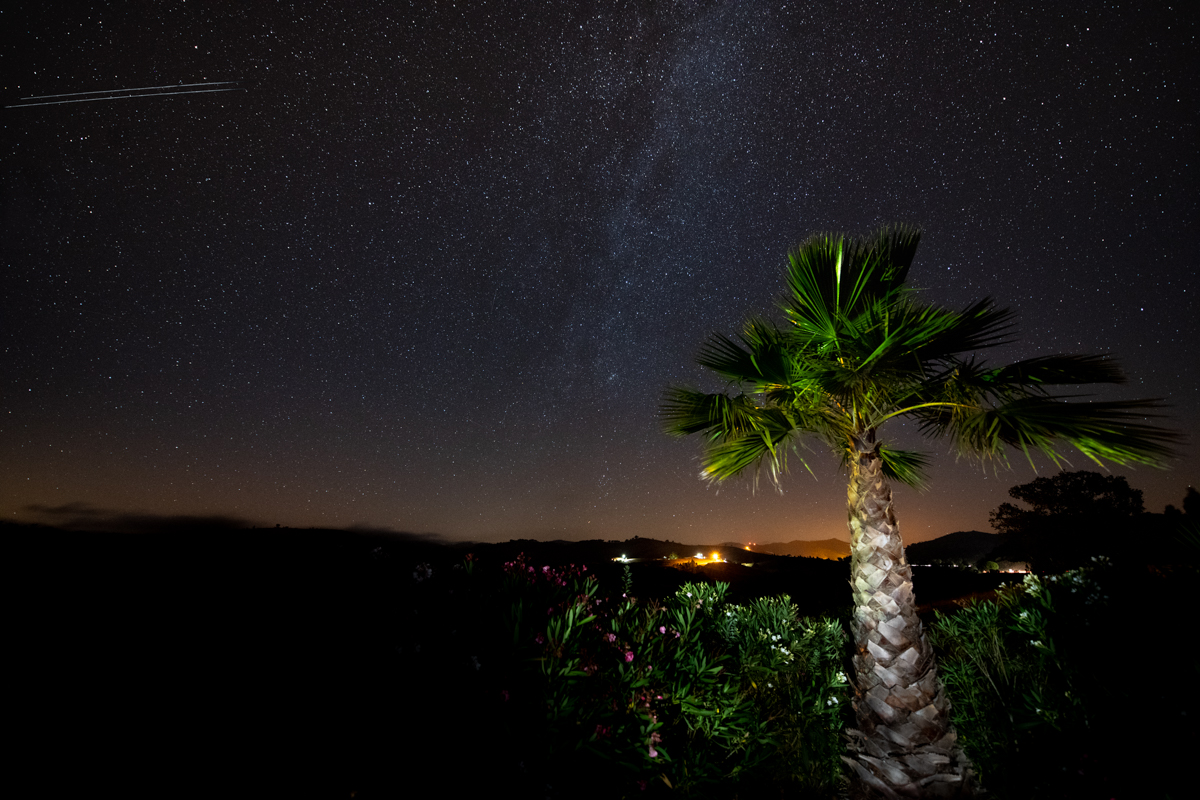 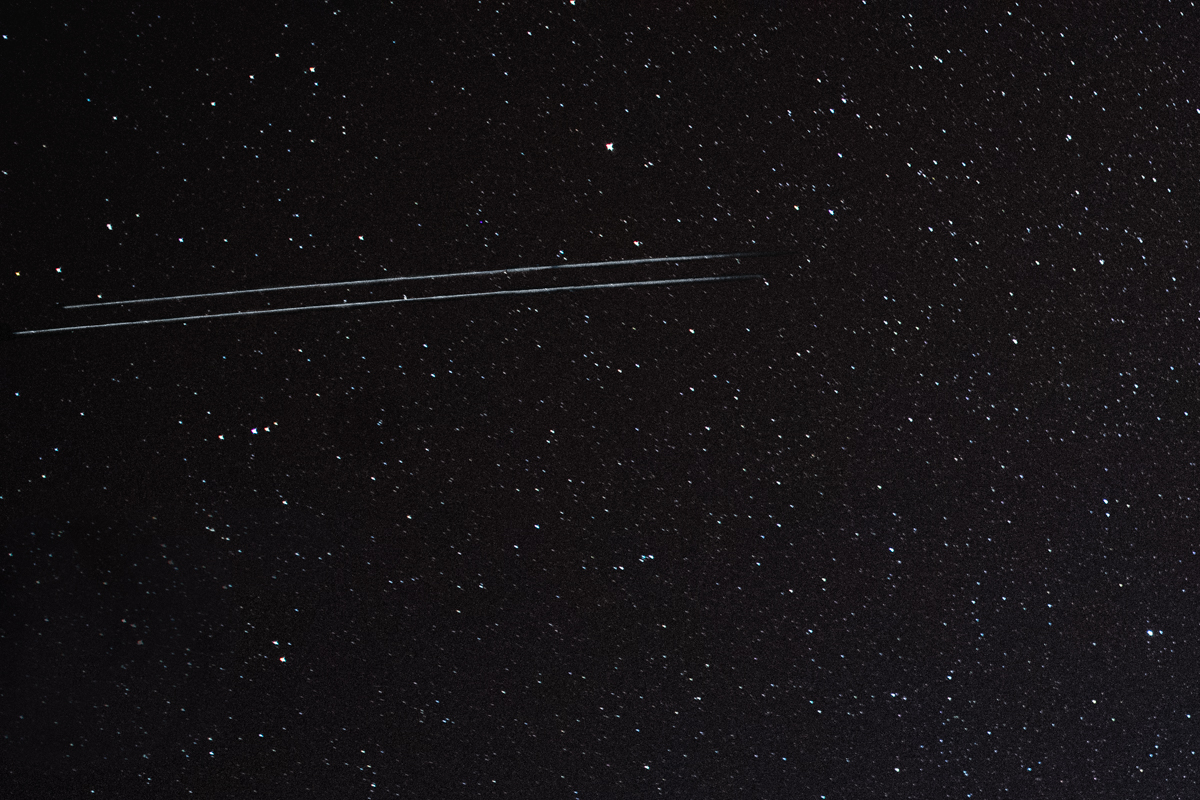