The camera got left behind on this morning’s Wally Walk as the rain has yet again returned.

I was just approaching the river and Wally looked up and I actually said to him “Nice weather for ducks!”, just 10 seconds later I arrive at the river to find……a Duck!

Just standing there in a shallow part of the river was a Muscovy Duck. This is not a native species to Portugal, it’s roots are South America. However, it is a common Duck here in Portugal as an Egg layer and perhaps meat. The fact that this particular Duck was almost completely White puts it in the “Domestic” category, although there are many Feral species in Portugal too. At some stage they would of escaped captivity.

As I didn’t have a camera, I did my best to snap a photo from a distance on my phone. It eventually flew thanks to Wally, although he was actually scared of it, but it soon turned around and came back to land in the same spot.

The photos don’t show what one looks like, so here is a photo from Wikipedia, as you can see, a strange-looking Duck! This photo is a Drake where as the female doesn’t grow such a substantial Caruncle (The red warty thing on their face).

The Iberian Magpie is found in Central and Southern parts of Spain and Portugal and occur in large, sometimes huge flocks. I have noticed that the flocks tend to follow a similar route every day as they fly from area to area. 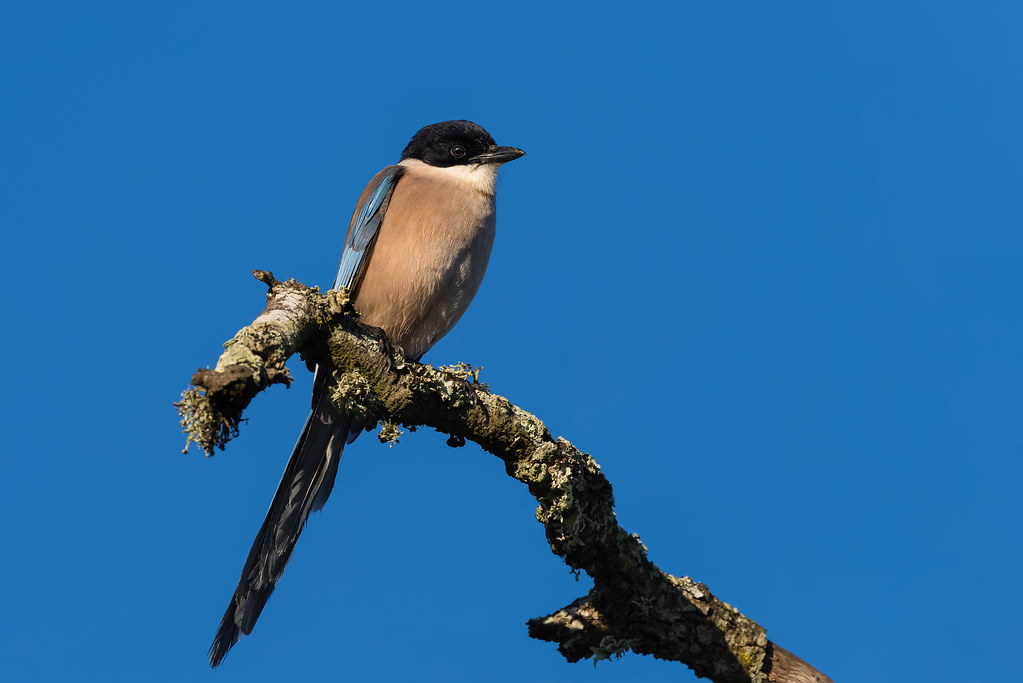 END_OF_DOCUMENT_TOKEN_TO_BE_REPLACED

The Iberian (or Southern) Grey Shrike is similar to the Great Grey Shrike, but is a different sub-species. Known as the “Butcher Bird”, the Shrike catches it’s food of insects and Lizards then hangs them on barbed wire fences or other spiked objects to store them as if in a larder.

They are very common here in the hills of the Algarve as are the other Shrike found here, the more colourful Woodchat Shrike. 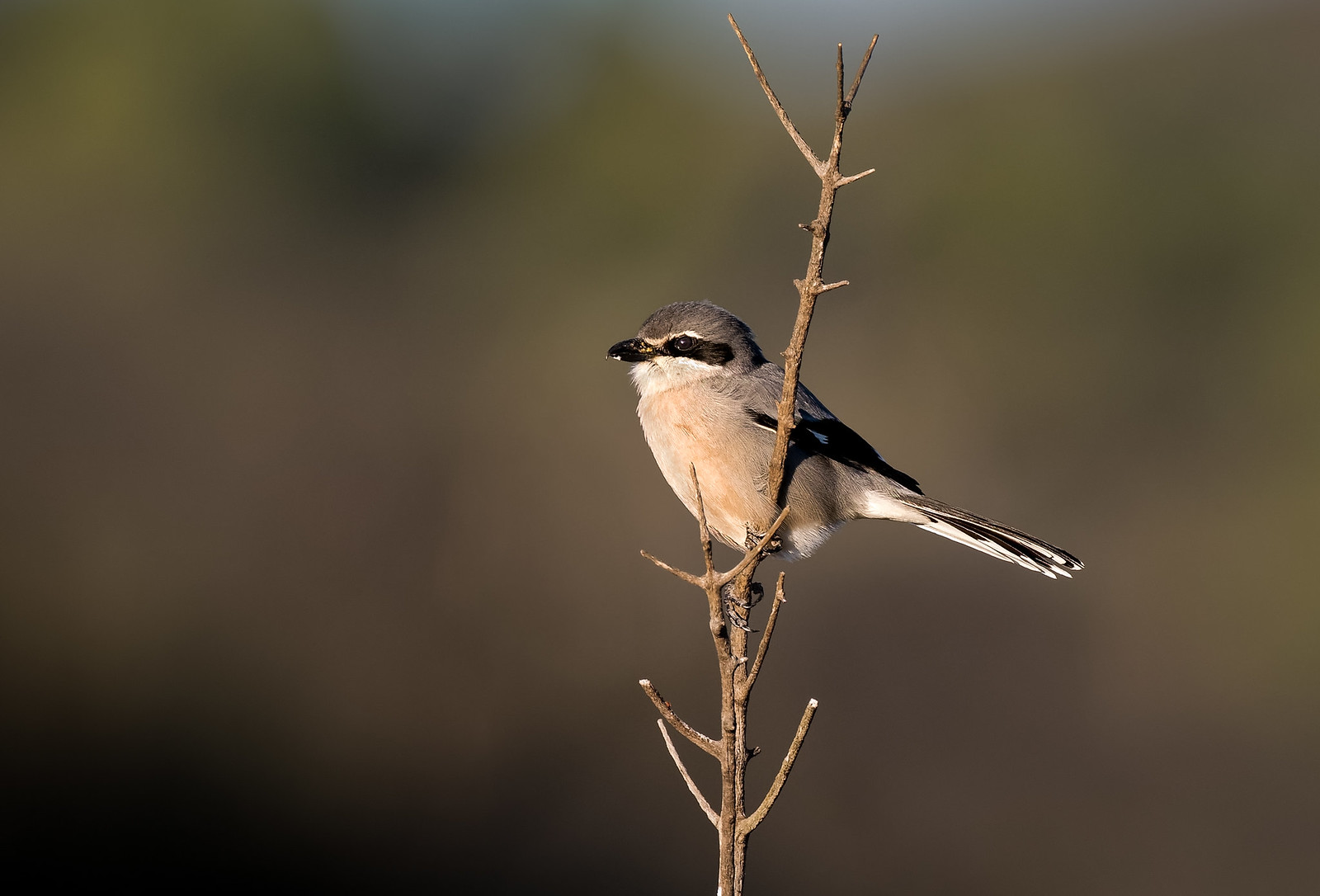 END_OF_DOCUMENT_TOKEN_TO_BE_REPLACED

White Storks are very common in the Algarve and they are now returning from their short winter break in Africa. Our local village has a small number that spend the warmer months here.

This evening, I decided to shoot a silhouette of a Stork against the glow of the setting sun. Silhouette shots always work well when the object being silhouetted can easily be identified, this made the Stork perched on top of the nest perfect. I had to wait a long time before he/she decided to stand up.

As you can see from this photo, White Storks regularly build their nests on top of electricity poles. The place to see White Storks in abundance in the Algarve is the town of Silves, I am planning a session to capture photos and videos which will be coming soon. 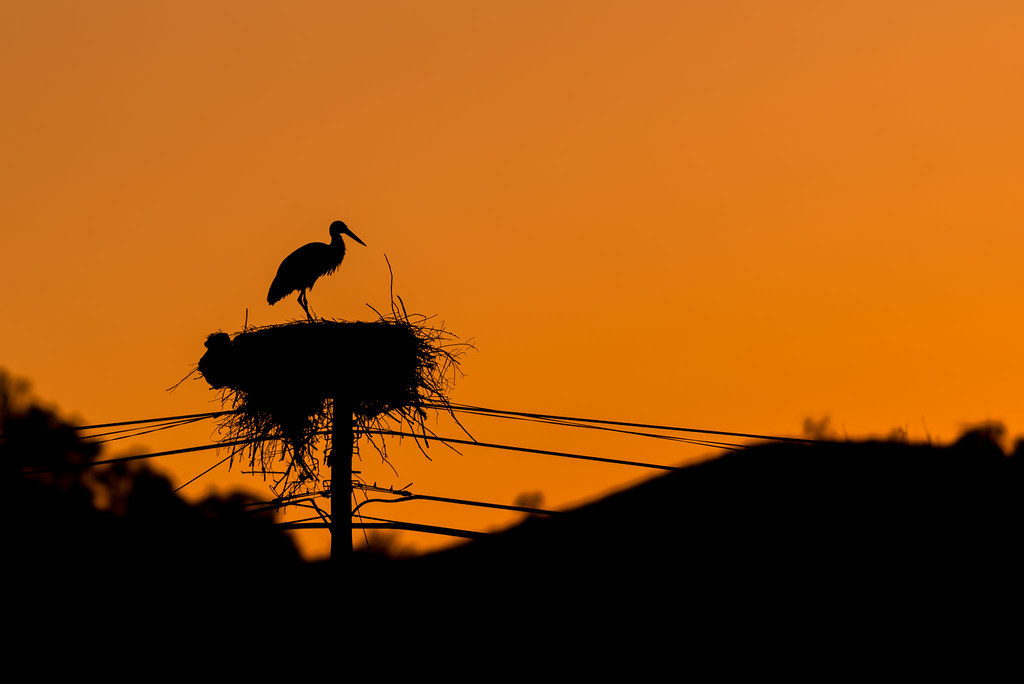 END_OF_DOCUMENT_TOKEN_TO_BE_REPLACED

Today I could hear a lot of Bee Eater activity as they have a very distinct “chirping” noise.

Our house (or Quinta) is on top of a hill and we have a tree lined driveway up the hill. I could see them sitting in the trees and then it dawned on me.

When the previous owners landscaped the land, they excavated a hole to use the good soil to build some terracing. The hole still exists.

As it was dug with a digger, it has banks very similar to river banks. Bee Eaters build burrows in River banks. Yes, it appears as though they are possibly making their own excavations right here in the garden.

This photo, from a long distance shows 2 of the Bee Eaters sitting in the tree (top right) and the fake river bank that they are paying a lot of attention to.

END_OF_DOCUMENT_TOKEN_TO_BE_REPLACED

It was an amazing clear sky early evening so I thought I’d try my luck at capturing the House Martins, my luck was out!

I did see this group of six Buzzards circling on the thermals though. We have a lot of Buzzards where I live, but I have never seen such a large group together.

This shot was taken into the low sun, so converting to Black and White was the plan from the start to get a nice silhouette effect.

As you are probably aware, we had a large wild wire start very close to the[...]

I was enjoying a peaceful breakfast outside now that the fires have gone an[...]

Day 2 Of The Local Fire And It's Good News

After checking around midnight, I went to sleep knowing the fire was under [...]

Another Close Call With Nature Today

A few months ago we had lightening hit close to the house and jump through [...]