I was enjoying a late breakfast (ok it had gone 12pm, but it was a late night!!) in the garden when I looked up and a Kettle (collective name in flight) of Griffon Vultures were directly overhead and fairly low at that. There wasn’t as many birds as the Kettle a few weeks ago, there were around 50 birds. An amazing sight to watch them soaring with no effort.

Although these birds are en route to Africa, this Kettle came from the South and headed off in a North-Easterly direction. 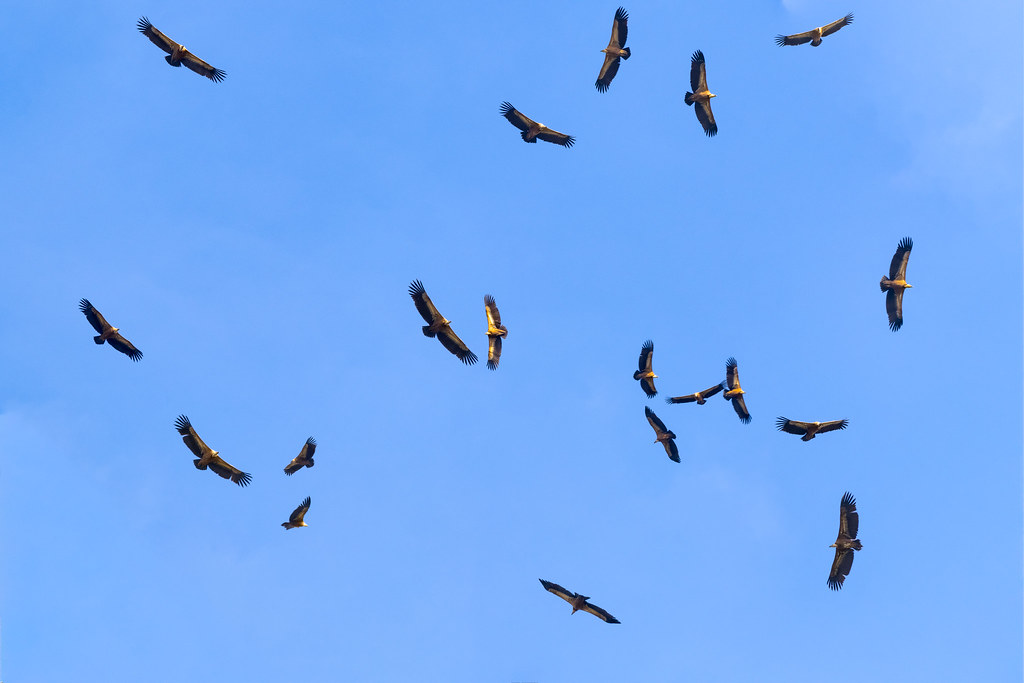 END_OF_DOCUMENT_TOKEN_TO_BE_REPLACED

Firstly, a massive thanks to Jan Rowe for the contacting me today to let me know that there was a large group of Griffon Vultures, without you I surely would have missed this spectacle.

After my disappointing time this morning in the Reflection Hide I had a large glass of Milk followed by a large Coffee (this is relevant to the story) and was sitting at my desk writing the blog about it. A message came in from Facebook friend Jan who lives in a nearby village. The message was to tell me that “hundreds of birds of prey, probably Vultures” were soaring above her village. I grabbed both cameras, one fitted with a 500mm and another with an 80-400mm and jumped in the car and headed towards them.

It didn’t take long until I saw them, my original thoughts of Griffon Vultures was correct and there were hundreds separated into 2 kettles (the name for a group of Vultures in flight). The skies had some hazy clouds and it was mid-afternoon therefore, terrible for shots of birds in the sky. They were soaring quite high too so no good for close-ups, instead I tried to capture the size of the groups.

The photos do not do it justice, I estimated that between the 2 groups there were around 300 to 400 birds. Soon enough, the 2 groups merged to become one huge kettle and started to fly in a northerly direction.

The earlier Milk and Coffee now demanded a, er, natural-break in which I then lost sight of them. I jumped back in the car and searched for 10 minutes before finding them again. However, after following them for another 10 minutes they headed across terrain that I could no longer follow.

Griffon Vultures are large with a wingspan of up to 2.8 meters and like all Vultures are scavengers, they are usually the last of the migrating birds seen in Portugal at the end of November, early October. This group was made from many youngsters with a few larger adults present.

Here are some of the quick snaps I managed to get. 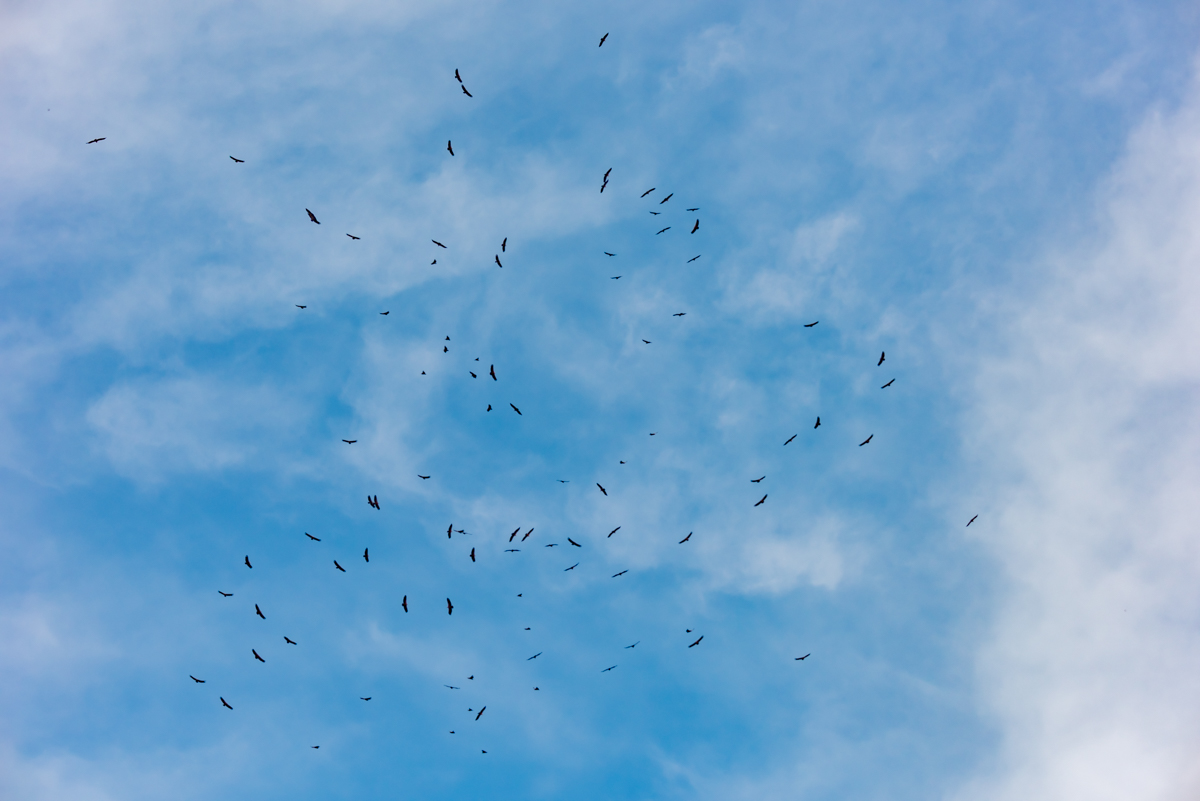 END_OF_DOCUMENT_TOKEN_TO_BE_REPLACED

Throughout September, October and the beginning of November, Sagres on the South Western tip of Portugal becomes an amazing sight to watch migrating Birds of Prey. Birds flying across to Africa will always select the quickest route across open water which in South Western Europe is the Strait of Gibraltar. So why do they end up in Sagres? They follow the Western Coastline in a Southerly direction until they reach the South coast where they will then make their way along the Southern Coastline to the short crossing at Gibraltar. This results in some spectacular views of the birds soaring in the sky including this Juvenile Egyptian Vulture. More pictures below. 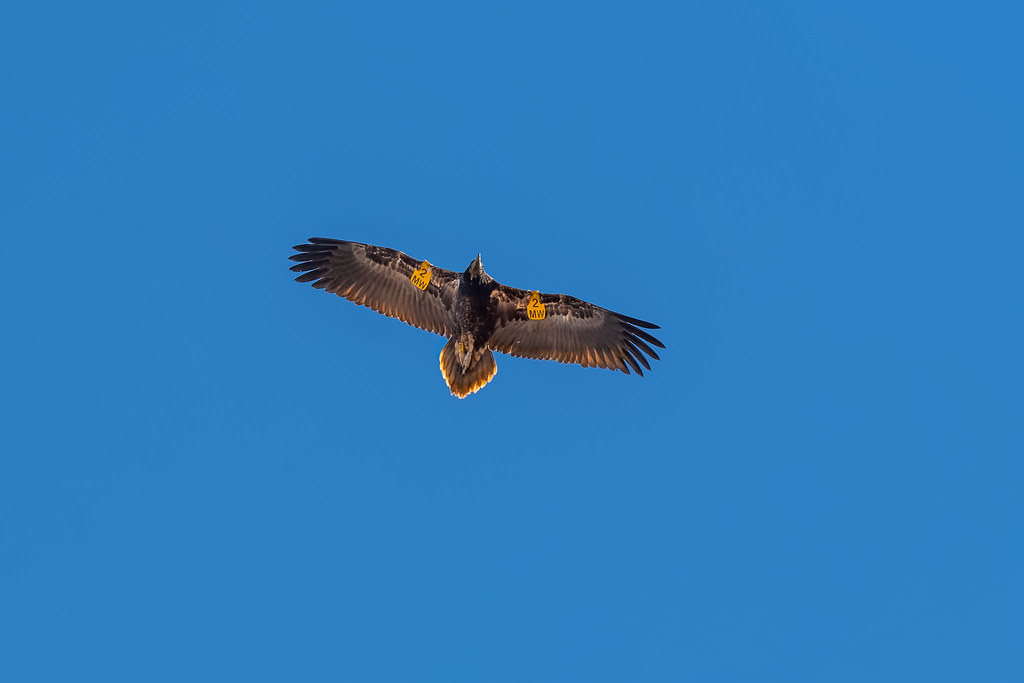