Back at the end of November, “Herper” Kevin Byrnes from the UK contacted me after seeing my image of an Iberian Midwife Toad I found whilst walking Wally. The term Herper comes from the word Herpetology, the study of Reptiles and Amphibians.

Kevin and his wife Suzanne are on a quest to find and photograph all species of European Reptiles and Amphibians and wanted some advice on locating an Iberian Midwife Toad, suggesting he was planning a trip to the Algarve at the end of January.

Back then I informed him that it was an easy task as throughout the winter the area around São Marcos da Serra is full of the echos of beeps, the calling noise of the Iberian Midwife Toad.

However, over the last few weeks the Toads have been unseasonally quiet due to the dry autumn and winter. A few days ago, Kevin contacted me to say they had arrived in the Algarve and would be planning to meet up at the weekend.

Yesterday was the day and I met up with Kevin and Suzanne just before the end of Civil Dusk at 6pm, still a little early for the Toads to start calling. The day had been very warm and dry with temperatures reaching 24deg C and I was concerned we would be out of luck.

However, as the photo shows, we struck luckly (story continues below the photo). 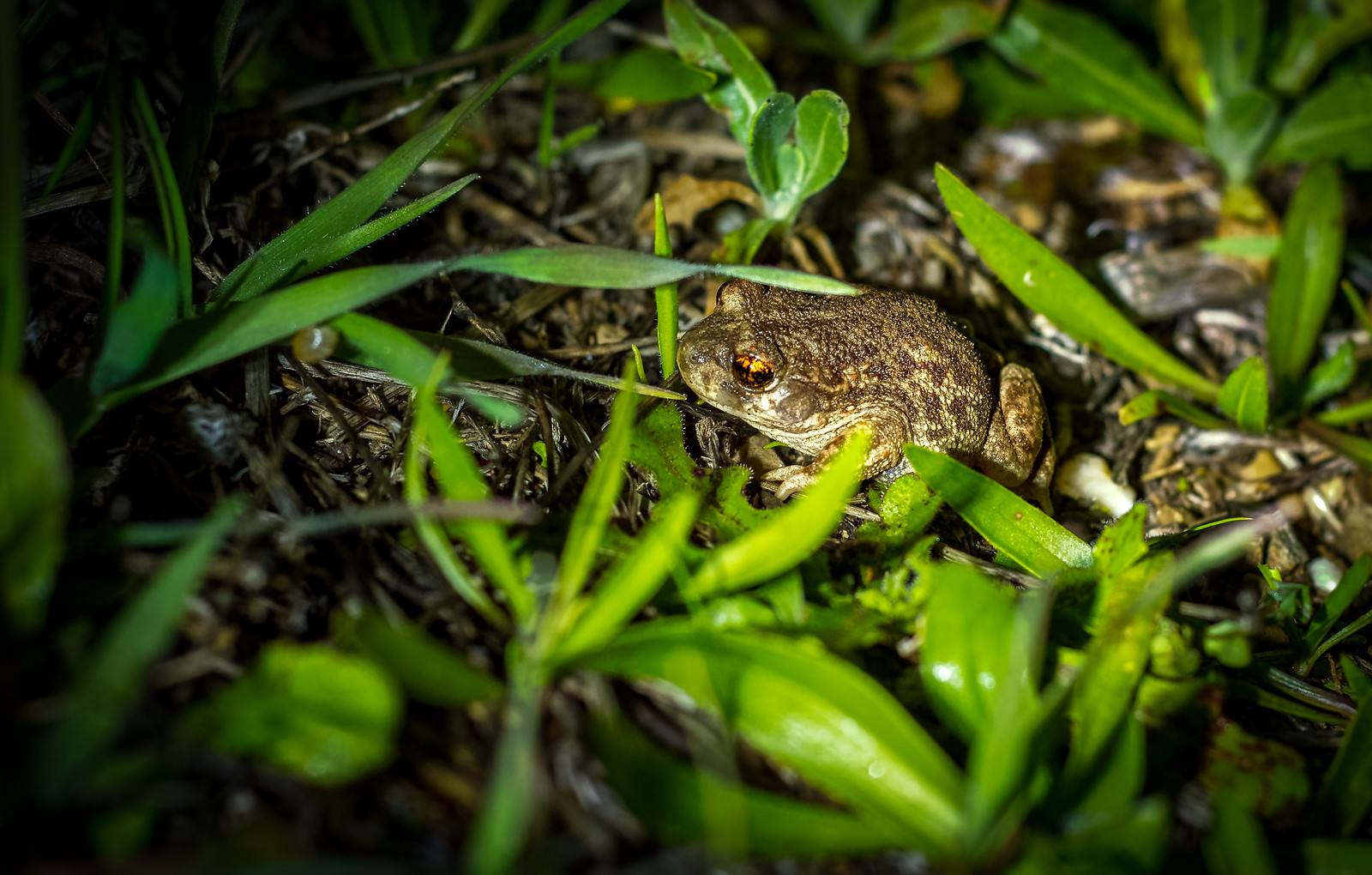 We met at the river bank in the village and walked some of the dry riverbed looking around the river pools for any sign of amphibian life. Keven had spotted an Iberian Painted Frog which was a new species for him, however, the quest for an Iberian Midwife Toad was still to be satisfied.

After 30 minutes of searching we made our way back to the vehicles, planning our next location to search when suddenly I thought I’d heard a call.

We stopped and listened, trying to filter out nearby dogs barking. I heard a call from a distance away to our left, then soon after another call from the right of us, this one very close. Soon enough, a few Toads were calling, two of which very close.

Kevin scrambled the river bank and was ecstatic to find a Toad sitting on top of a mound. A few camera clicks later and mission accomplished. We had found an Iberian Midwife Toad which I believe to be a youngster due to the small number of red dots.

Iberian Midwife Toads are tiny, usually no bigger then 40mm, this one was a little smaller than this at around 35mm.

I wish Kevin and Suzanne all the best in their onward quest and was great to meet them both.