Let me set a story……

I have lived here in the Algarve Hills on the river bank of the Odelouca for almost 2.5 years. We are so lucky to live here and have the river run through our land. There are Otters present, but I have never managed to spot one during daylight hours. This also goes for a long stretch of the river in the area.

Now, lets cue-up Roy! Roy has recently moved to São Marcos da Serra, in fact has been here for little over a week. Yesterday morning I get a message from Roy stating he spotted an Otter in the River near the village…….WHAT? TWO AND A HALF YEARS ROY!

So, this morning at sunrise, I camouflaged myself against the river bank in the area Roy mentioned and waited……for 30 seconds! Yep, almost immediately after setting myself up 3 Otters turned up.

Unfortunately, they arrived before the sun had risen enough to light the river, so conditions where far from perfect as I struggled to photograph them swimming around with such a low shutter speed and high ISO. Whenever I am hiding with the camera I am always reluctant to press the shutter button, even with the camera set to “Quiet” mode, it still makes a noise (this is where Mirrorless will one day become a winner!) but I pressed it and hoped for the best!

Immediately, all 3 stopped and looked straight at me and I thought they would retreat to the bamboo on the opposite bank. However, one of them decided to investigate and headed straight for me where I managed to get these close up shots. 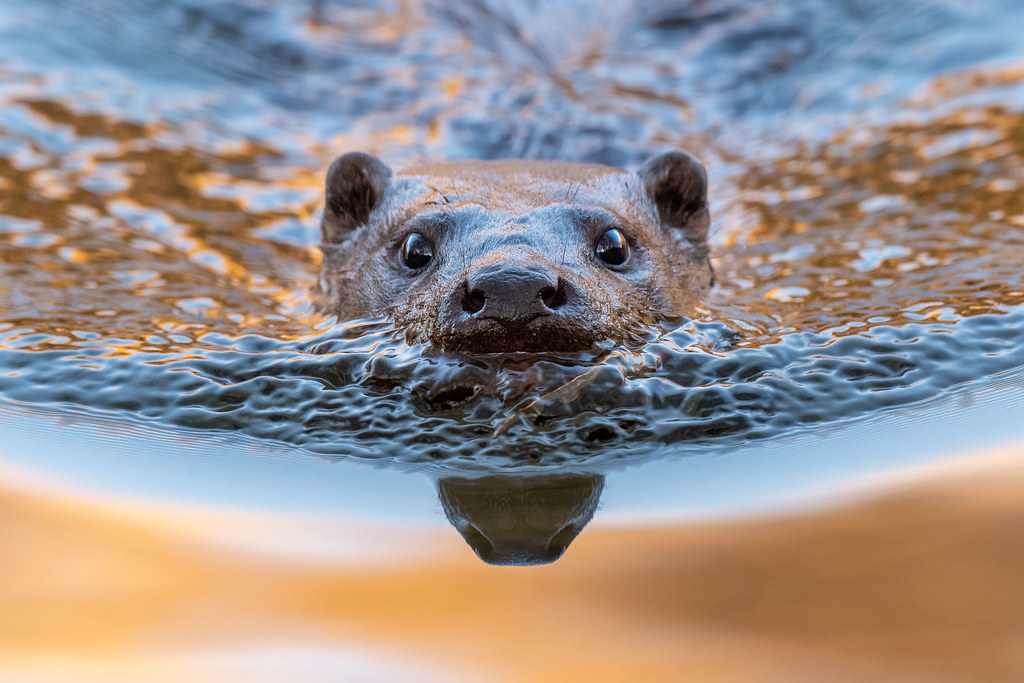 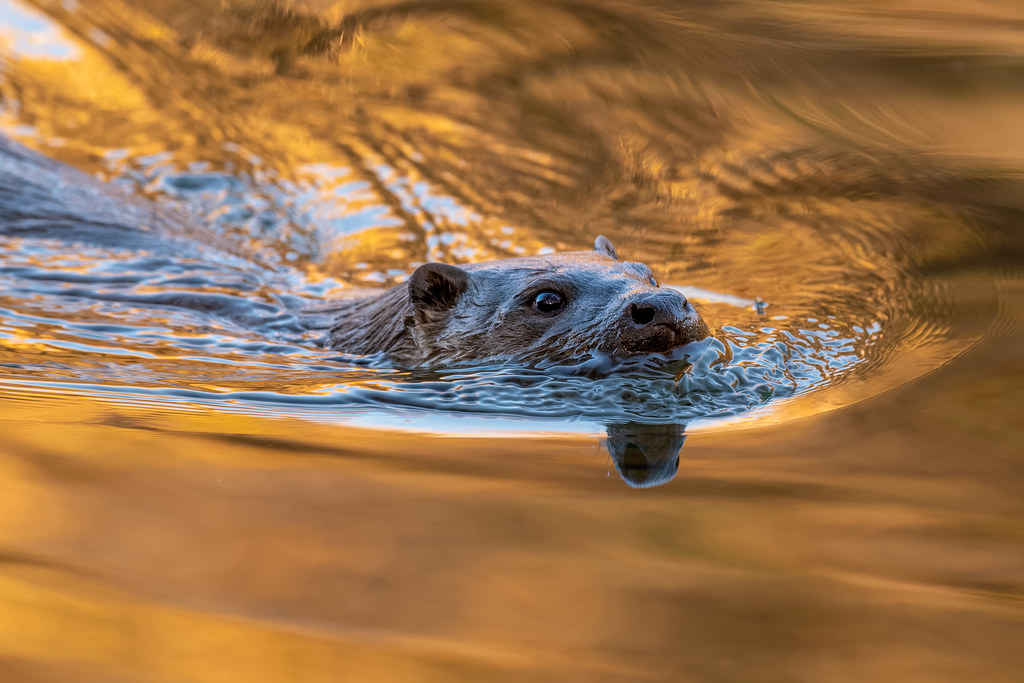 It didn’t seem too bothered and all 3 continued on their fishing trip. I watched for about 10 minutes while they swam about, caught breakfast and swam about a little more. At one point, 2 of them came out of the river to the right of me where I could have almost touched them. I then noticed that this was a Spraint area (Otter Poo which is used for communication). They were sniffing the air as they could probably smell me. Although they where a little on-edge, they didn’t really seem too bothered and continued swimming around before eventually leaving, probably returning to their den.

I wasn’t able to get many photos as the light was not great and they spent a lot of time with tree branches obscuring the camera’s view, but for a first visit you can imagine I am pretty happy.

So, thanks for the heads-up Roy! I will be spending a lot of time at this location! 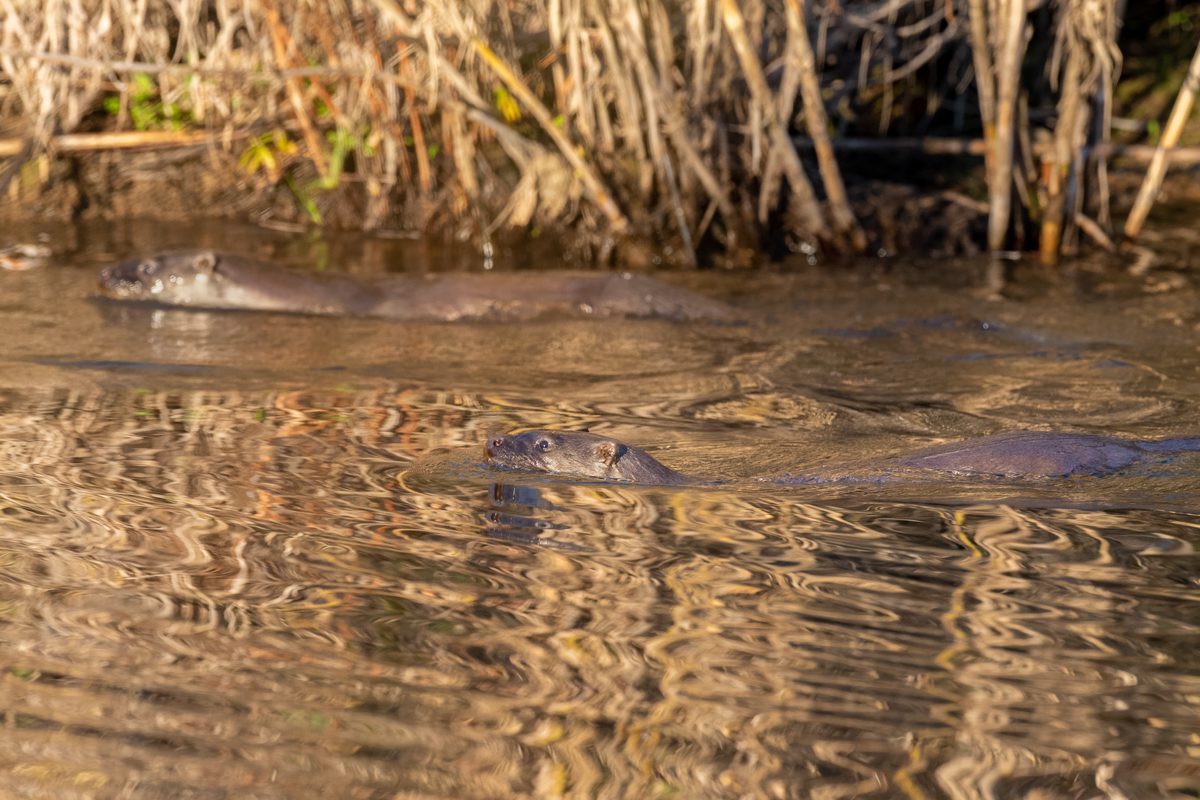 As an added bonus, not only was the area full of Greater-spotted Woodpeckers, but also a Male Kingfisher was diving for breakfast! 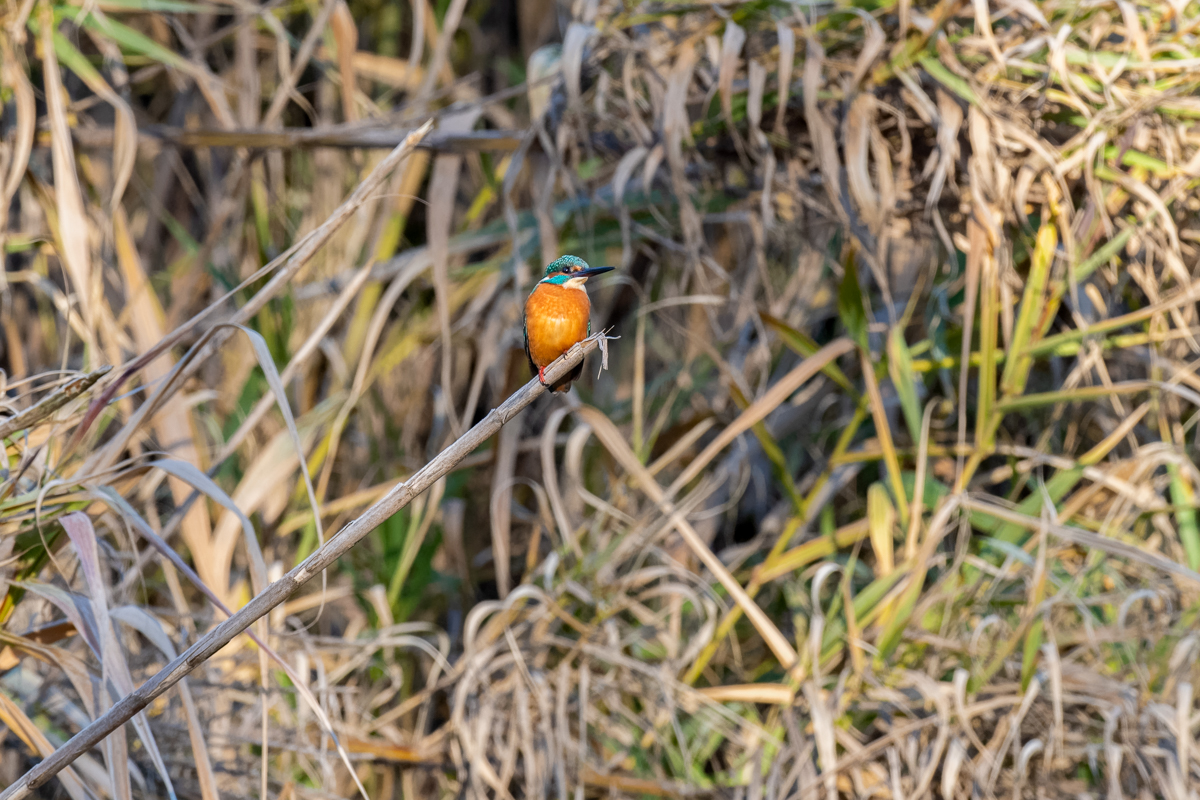