Another location ticked off! I was shooting a drone video for my Real Estate venture (FotoSul) on Friday in Burgau and decided to wait until sunset to capture another wish list shot. The weather was fantastic, almost too fantastic as I like a little cloud in my sunset shots but the colours were yet again amazing. I set myself up on the cliff overlooking the village and shot both sunset and dusk. If you like them, they are already available to purchase in the Web Shop

The village of Burgau is a little treasure, although on the South Coast, it is well away from the busy tourist resorts.

{Purchase these images in the shop…} 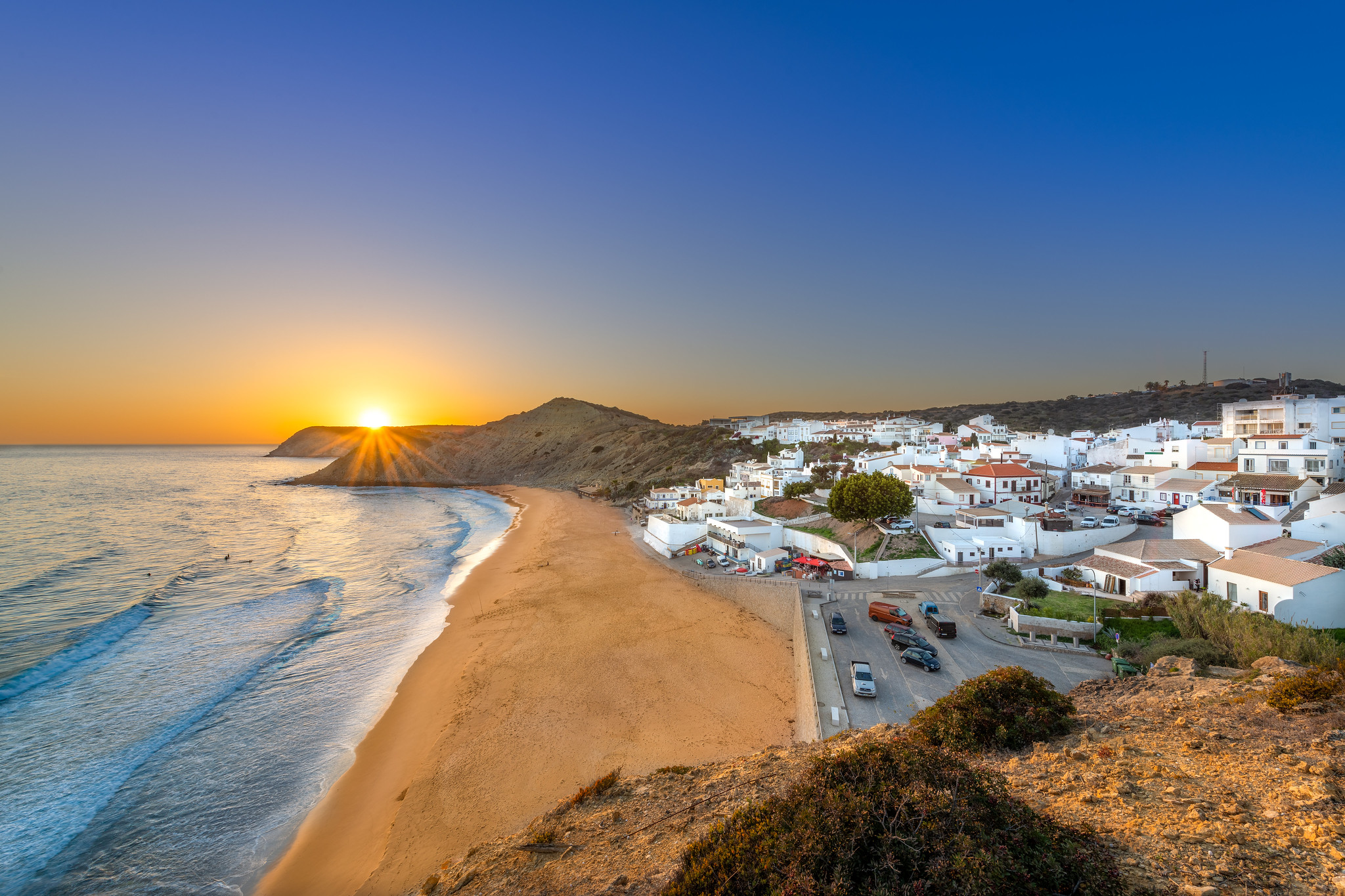 END_OF_DOCUMENT_TOKEN_TO_BE_REPLACED

I keep telling myself that I don’t take enough Seascape shots so whilst I was in Balaia Golf Resort on the weekend taking (Real Estate Shots, I decided to head to Praia de São Rafael for the sunset.

I arrived well before sunset to also use the opportunity to take some product shots of my new Photography Bean Bags which will be launched later today!

Of course, after living here for over 2.5 years, even though the temperatures were mid 20s, it was a nice surprise to see people sunbathing and even swimming in the sea! Soon enough the sun started to lower in the sky and most of the sun-cravers started to leave the beach and replaced by sunset watchers. I set myself up near the iconic rock in the centre of the beach and waited. The result of the session was the following 4 photographs which are shown below in time order. All are available in print in the Shop, please see individual links below each image.

First, the sun just about to dip below the west cliff. 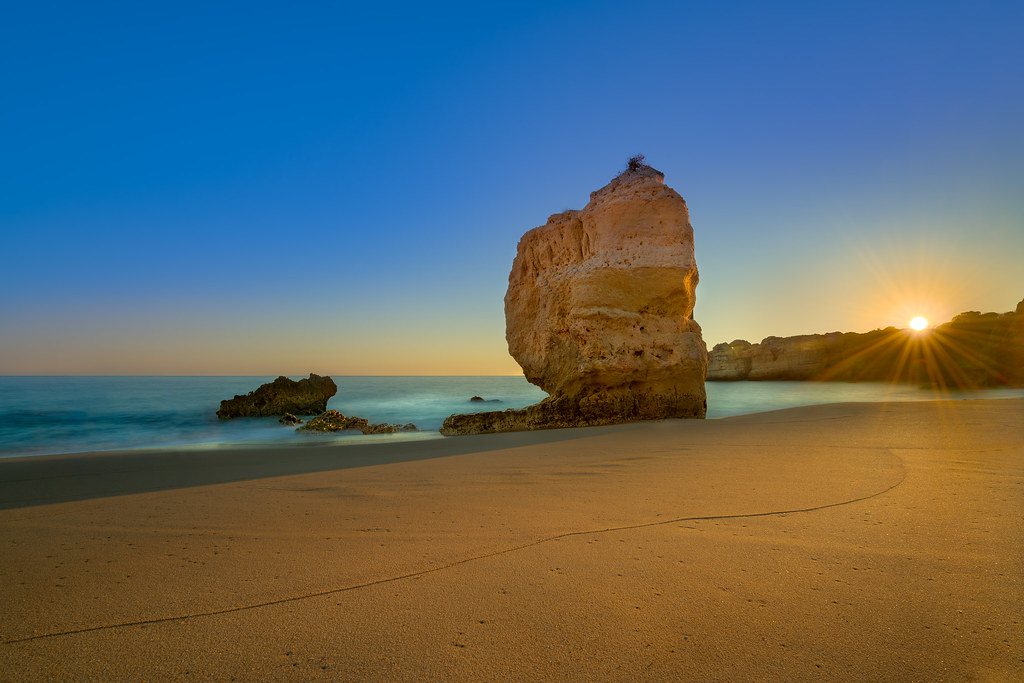 END_OF_DOCUMENT_TOKEN_TO_BE_REPLACED

Yesterday afternoon a thin haze, high in the sky was developing which usually results in a colourful sunset. I headed to the nearby Sapeira to get a shot of the sunset with the river bridge in the foreground. The colours did not disappoint with the sun lighting up the haze, as a bonus when I turned around to start packing up the Cold Moon (the name given to December’s Full Moon) was rising with the fading sunset still providing some colour. 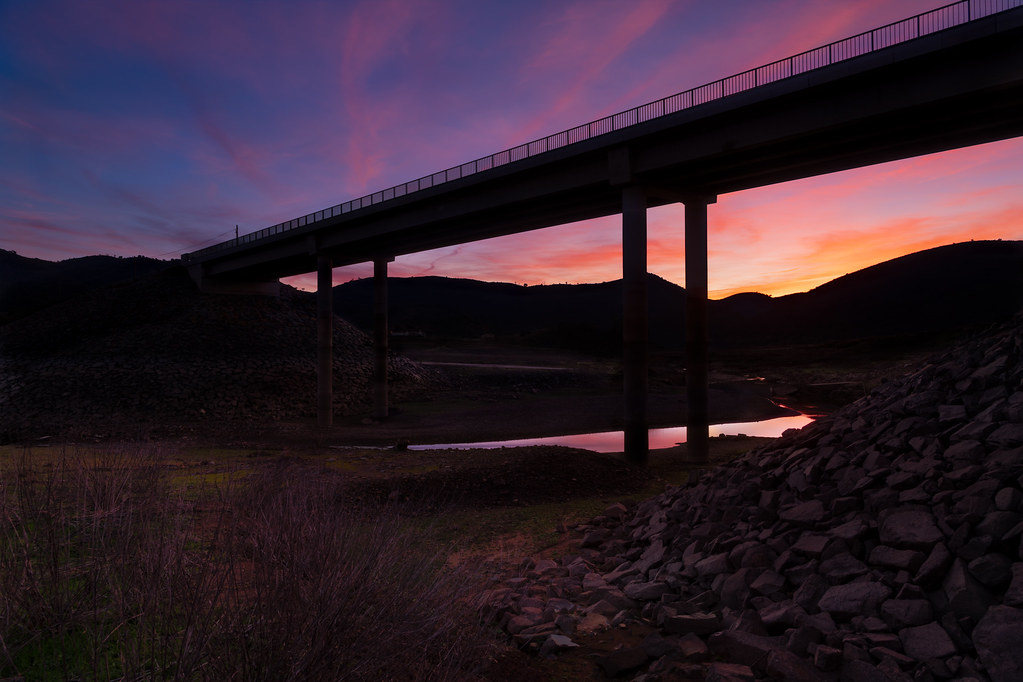 END_OF_DOCUMENT_TOKEN_TO_BE_REPLACED

Back in March, I went to take sunset and dusk shots at the fantastic Albandeira Arch. I really wasn’t happy with the results of both the photo and post-editing.

Today, I was going through some old work and once again stumbled across this session. During this year, I have approached my post work differently to achieve my results, so I adopted this new approach and had another go at editing one of the shots from this session. I am now extremely happy with this final image. It just goes to show that you should never just automatically delete photos you are not happy with, it could just be a bad day of creativity, a sort of photographers writers block. 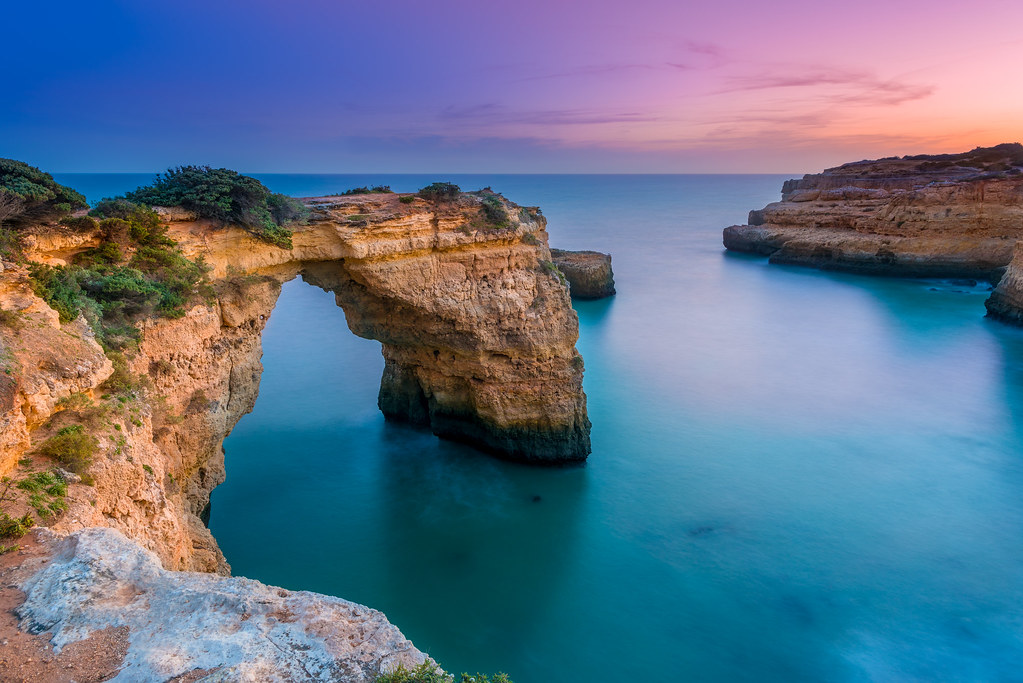 END_OF_DOCUMENT_TOKEN_TO_BE_REPLACED

I live only a couple of miles from Rocester in Staffordshire, so imagine my surprise when the BBC Midlands Today News broadcast a live report from there about the Starling Murmuration last night.

So as the weather was great today (and I’ve just about recovered from Man Flu that has kept my down all week!) I went up at dusk to see what I could capture.

From some of the photos and videos I’ve seen, the numbers tonight seemed a little down on recent days, however, they still put on a good show.

Nobody really knows why Starlings perform these masterpiece flight shows but it is believed that “strength in numbers” is part of the game. I did see some Sparrow Hawks flying around at the same time.

By the time they started to show in big numbers the light had faded quite a bit and cloud had covered the horizon so no great sunset colours.

I didn’t manage to get many still shots as most of the action was taking place over houses and it was getting too dark to photograph, I switched to a longer lens to try and get inside the Murmuration and got some silhouette shots. I did set up my D7100 to film at the same time (video below).

I waited for an hour for one to take to appear, it did one lap of the field (unfortunately too far away from me) then landed in the long grass for 5 minutes before clearing off not to be seen again.

I did manage to get close enough to take a shot of it sitting in the grass.