Finally, we had a good downpour of rain today, however, not the deluge that was predicted, but the night is still young and we have been issued a Yellow Alert for rain.  From what I can see from Social Media, the South Algarve Coast has had a lot more rain with localised flooding, but of course,  this won’t help the Rivers up here in the Serra.

The rain drives out some creatures and tonight sitting outside the front door was this young Fire Salamander. It was only between 10 and 12cm long whereas fully grown they can reach over 22cm. Salamanders are classed as an Amphibian and not a Reptile. The main difference being an Amphibian’s moist scales whereas a reptile is dry.

It was in danger of being a new Cat Toy so I moved it to a safe place and took some quick photos. Camera with 50mm lens in one hand and an LED torch in the other, so no the greatest lighting setup in the dark, but a shot nonetheless.

Salamanders do secret toxins which can be dangerous to humans if ingested, so a clean of hands after was in order. 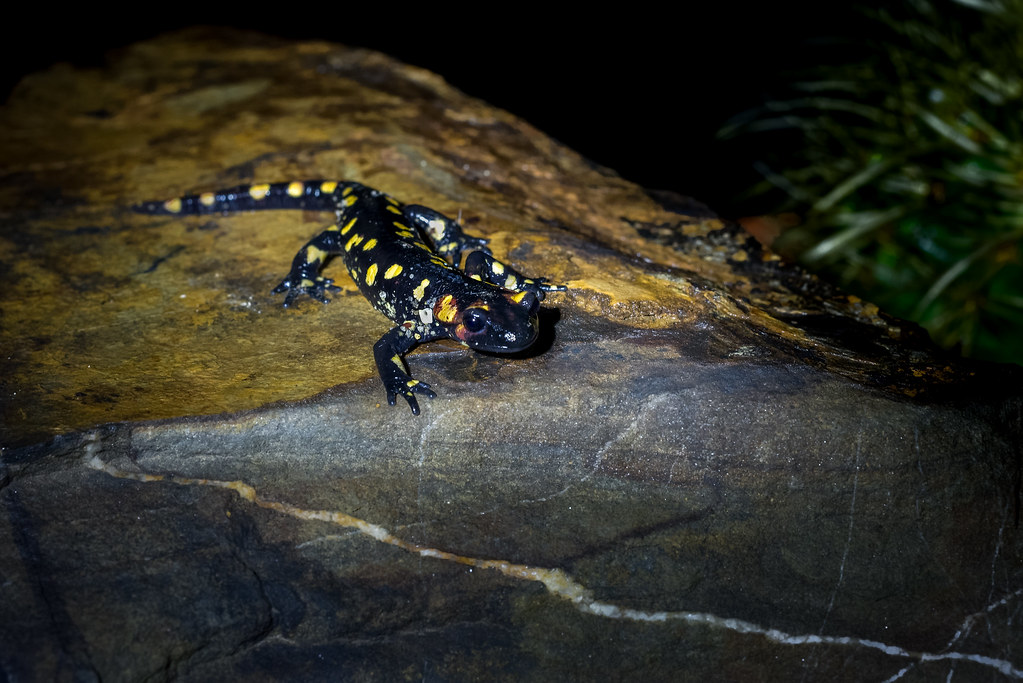