Last night at 10:45pm I headed north, deeper into the Algarve Hills to one of my favourite locations, an Abandoned Windmill near Fitos.

This was the time that the Galactic Core of the Milky Way would be visible in the sky. On arrival, I soon realised that I wouldn’t be able to get the shot I had hoped. To get the Windmill in frame, I would have to be lower down the hillside than the height of the windmill. Also, the distant bright lights from the Algarve Coastal Holiday resorts would create a glow. However, as I had made the trek, I decided to get some shots and head back.

Although not what I was hoping for, here is the shot I managed. 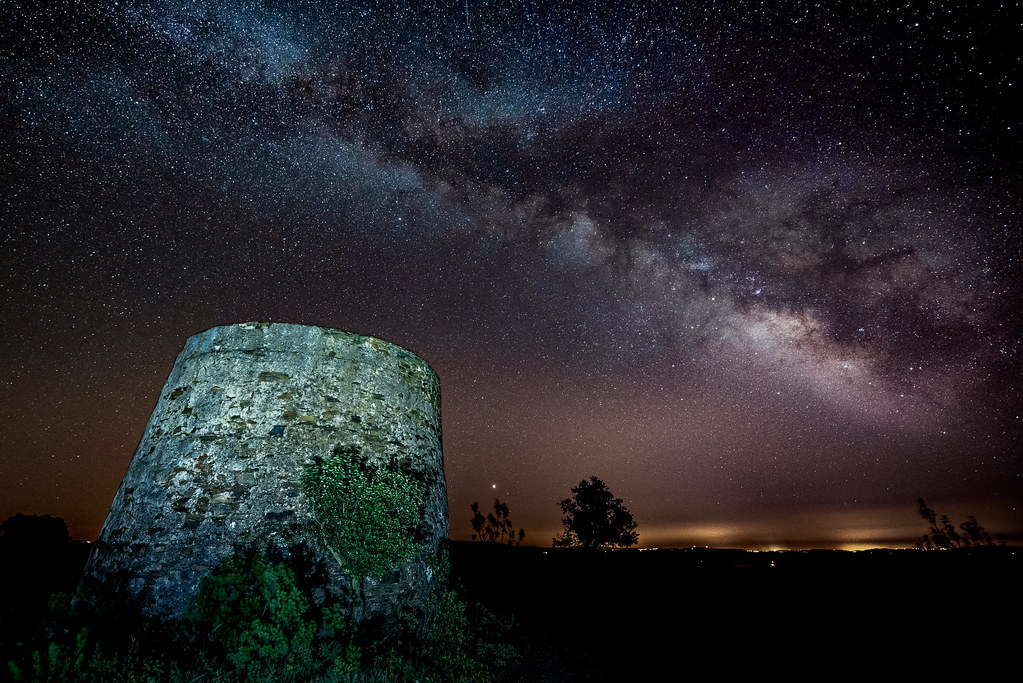 END_OF_DOCUMENT_TOKEN_TO_BE_REPLACED

This last week we had a visit from my sister (and family) and whilst I was out giving her a tour around the hills, I spotted an abandoned windmill on the top of a ridge and thought it would make a good foreground for a sunset.

This evening, I returned to the windmill just before sundown.

The sunset wasn’t as good as the Algarve can be gifted with, but enough colours to snap a few shots which you can see below;

We are lucky to have a large number of Lesser Spotted Woodpeckers in our ar[...]

It's That Time Of Year To Start Thinking Of Preventative Measures......

It's been a very wet and cold winter for Algarve standards and the last thi[...]

We've had a Hedgehog resident around the quinta for sometime and I noticed [...]

One Of The New Neighbours

I posted last week about a pair of Little Owls that have moved into a dead [...]