Wally was happy this morning as we walked up Eagle Ridge. He’s not been up there for ages due to the risk of Processionary Caterpillars. This risk is gone now so we headed up. The ridge lived up to its name as we spotted a large bird (too far away for a photo). It looked more like a Common Buzzard, but as the name in Portuguese is Águia-d’asa-redonda which translates to Round-winged Eagle, I’m claiming another Eagle spot from the ridge!

On the way back down I could hear the tapping of a Lesser Spotted Woodpecker and in fact there were a pair present with the Female flying back and fore and the Male busy making a hole. I have loads of photos to share and as they didn’t really care I was there, this will be a new spot to hopefully get some feeding shots. Oh and if you were watching my live Instagram feed earlier you may have heard me call it a Lesser Spotted Kingfisher as I ended! Ha ha ha ha!

I will share more the photos soon, but it’s Easter and the party is about to begin in the village’s “Feira do Folar”.

Here is one of the male tapping on the tree, not at the hole, but I think he was on his break looking for insects. Look how he almost grimaces and closes his eyes when he taps. 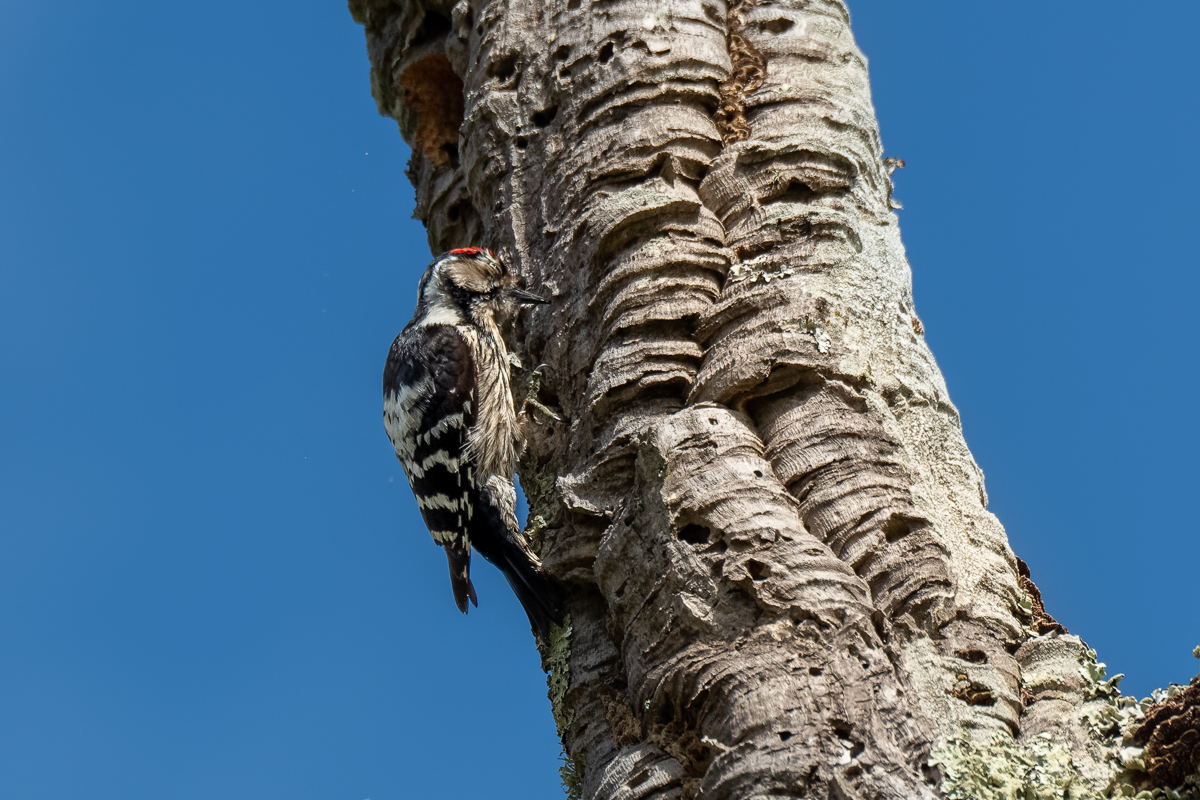